With the FA WSL season ending on Sunday, players that are out of of contracts are now free agents and available to move.

The first rumour of a potential move comes from an unusual source. How often would you expect a Liverpool player to disclose that a Chelsea player is moving to Arsenal?

Liverpool Ladies playmaker, Katie Zelem, tweeted on Monday that her England u20 team-mate, Rosella Ayane, is making a  move from Chelsea Ladies to Arsenal Ladies. Those two players have been playing at England age group for many years alongside Arsenal’s own Carla Humphrey, so that tweet is likely be a prank because she was wearing Arsenal kit:

The tweet has, perhaps unsurprisingly, been deleted, however we managed to grab a screenshot before that happened: 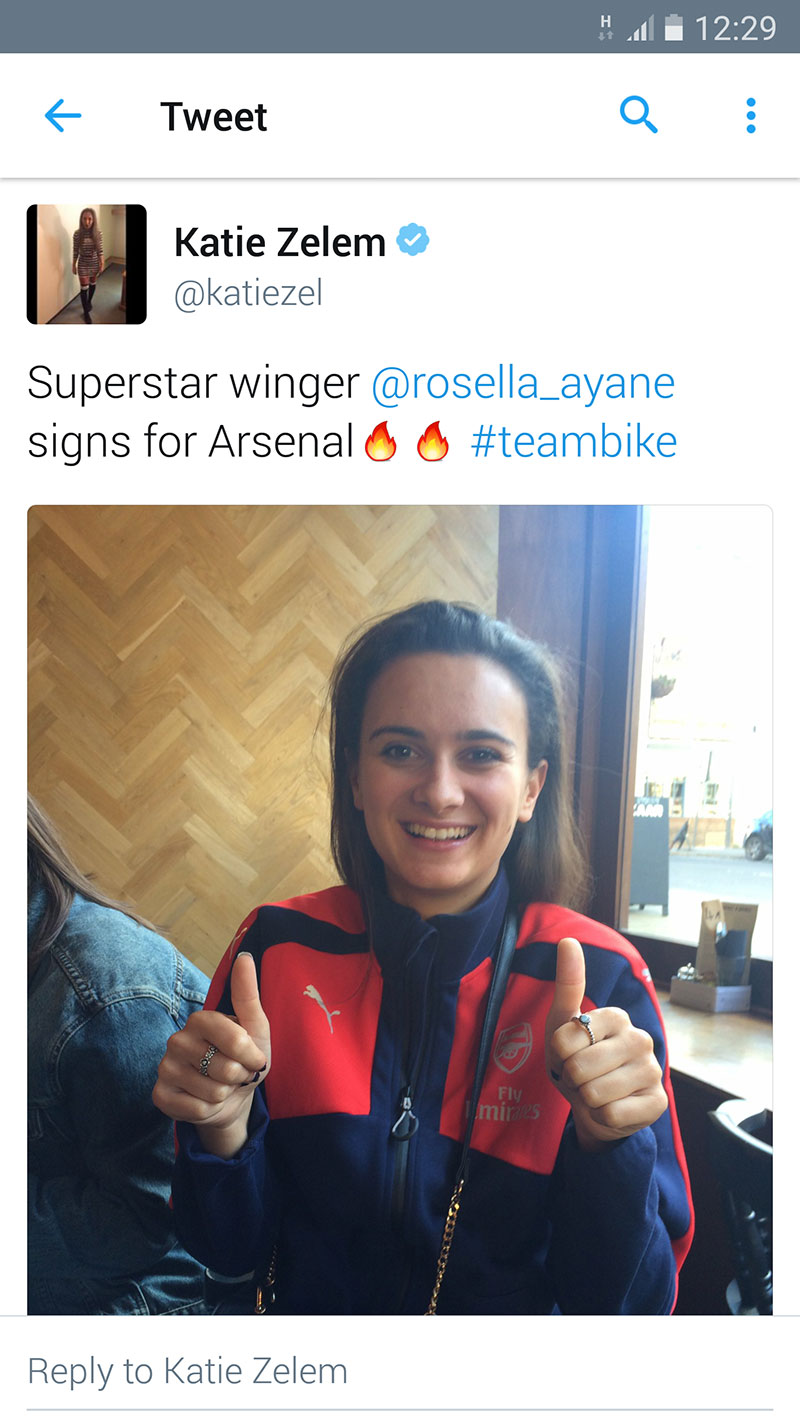 Rosella Ayane has been on loan from Chelsea Ladies for the whole season, having played the first half at Bristol City before moving to Everton Ladies.  She was also on loan at Millwall the previous season.

20-years-old, Rosella is a quick winger who can play on both flanks and is very good at taking on defenders – and finding herself offside as well.

She is also known for being the player that led to the now infamous situation when Arsenal’s Leah Williamson had to retake a last-minute penalty five days after the original game in a UEFA u19 qualifier in Northern Ireland a couple of season ago.

I would be surprised if that move happens, although Chelsea sending her on loan to three different clubs in two seasons shows it is not really likely that they will count on her in the immediate future.