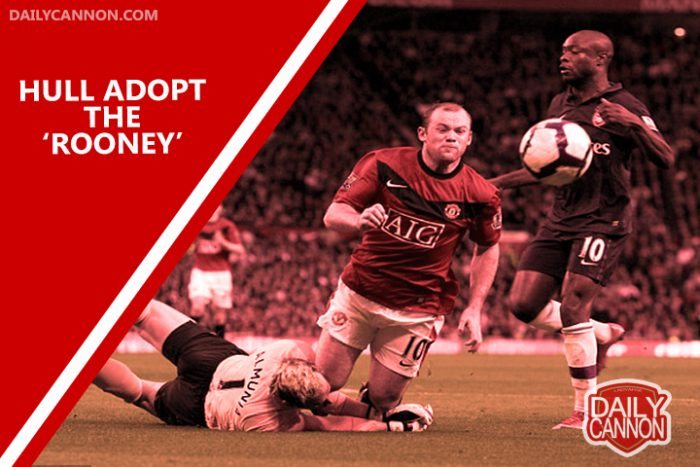 There are some ‘things’ in football that are both fouls and dives.

Without the dive, it’s likely that the foul would be given anyway, but the dive just makes sure. But should player’s stay on their feet unless they are physically unable to?

Seeing Cech coming out and assuming he was going to be clattered, Mbokani threw himself to the ground and even flicked out a leg to make sure that there was certain contact.

It’s worth noting, that as Hull’s fans sang ‘Same old Arsenal, always cheating’ after the Gunners missed their own penalty which had been given for a deliberate handball that stopped a goalscoring chance, that that chant came to prominence in light of an Arsenal player flicking out his leg just once.