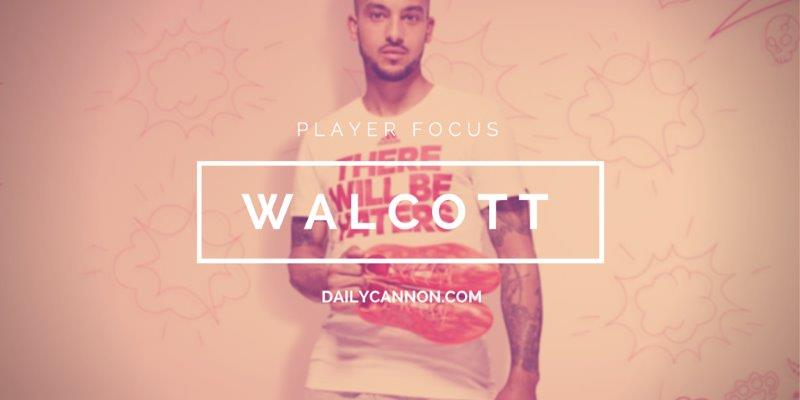 The Arsenal winger played 87 minutes against Hull mainly as an inside forward rather than a classic winger and produced a mixed performance.

His positioning was very central as he left the right wing for Bellerin to overlap, as if the Spaniard was a wing back rather than a full back. There was not much of an attacking threat on Hull’s left side, which meant more attacking move and less defending for Walcott.

On the positive side, one goal and one (kind of) assist for Alexis Sanchez’s first goal from Alex Iwobi’s deflected shot is a very good return and what you want from your forward. He did also make a few good crosses to Alexis and Iwobi, and had a couple of shots that were blocked or saved.

One the negative sides was that a few of his balls got lost or seemed without purpose. Some crosses  went nowhere near an Arsenal player although sometimes no one was around the penalty area. The performance level was not consistent throughout the 87 minutes he spent on the pitch.

Overall, you would expect him to keep his place with an improvement needed on his use and care of the ball. He is currently competing with Alex Oxlade-Chamberlain for the shirt and that kind of performance should be just enough to keep him in the team for the next game.