Theo Walcott put on another superb display in the Champions League against Basel on Wednesday night, scoring a brace and tearing the visitor’s defence apart.

During Arsene Wenger’s pre-Basel press conference on Tuesday, he was joined by Walcott, who spoke about the way he’s now approaching football. It seems as if he’s realised, at the age of 27, that it’s now or never and boy is he proving himself.

So far this season, he’s scored three Premier League goals and now he’s also netted two in Europe. Not only did he score but he didn’t stop running. His work rate was impeccable and everyone noticed. When he’s in this form – potentially the best form of his career – he’s absolutely unstoppable.

Theo had a total of four shots, with two on target and both resulting in goals. One shot was blocked while the other was off target. He also had 83% pass success rate. He was one of Arsenal’s highest rated players on Who Scored, with Alexis Sanchez, and I don’t think there’s any doubt that he was a standout player for us.

Theo was taken off in the 70th minute for Alex Oxlade-Chamberlain – someone Arsenal fans hope will also come good. You have to assume that this is because the manager is trying to save his legs for our weekend clash against Burnley considering he’s become a key player for the Gunners this season. 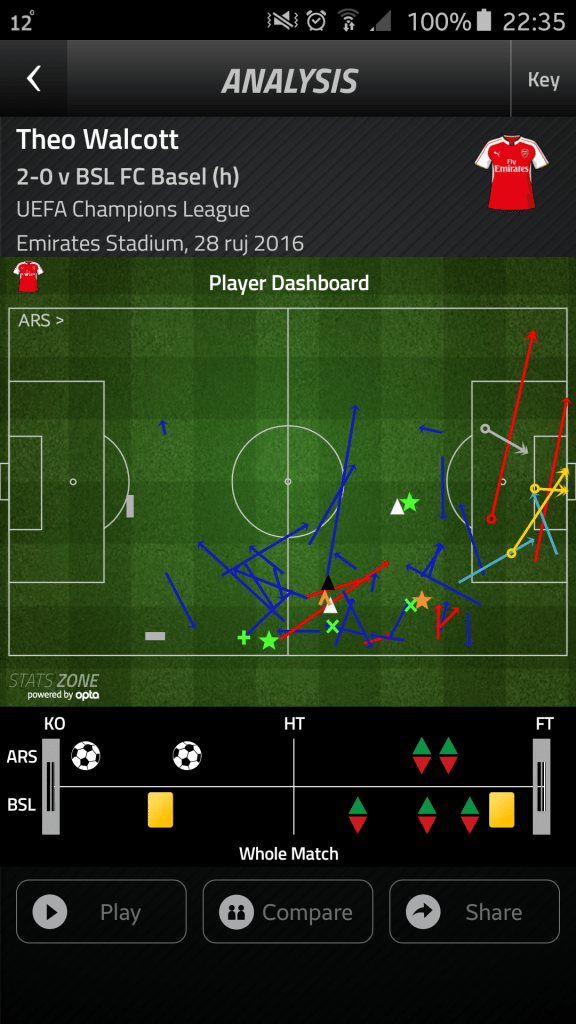 It’s honestly amazing to see Theo really applying himself and doing what we always knew he was capable of. He’s no longer just using his legs to get him places quickly, he’s using his footballing brain to make snap decisions and has become a real driving force behind our attack.

Hopefully, he can continue proving himself and holding onto his place in the first team. If he carries on like this, I don’t see that changing.