What have you achieved in the last ten years?

I’ve passed my driving test, finished school and completed my A-levels. I’ve graduated with a physics degree and lived on the other side of the world in the most cavalier, bonkers and best decision of my life. I’ve got my first job, my first house, my first dog. My first husband…(He is a Spurs fan after all!)

And I’ve got my first Arsenal season ticket.

In that same timeframe, Theo Walcott has earned a truckload of money, and spent as long on the sidelines as he has playing football!

That’s harsh of course – I am being more than a little facetious – but there is very much a sense of what might’ve been for ‘TJ and The Arsenal.’ 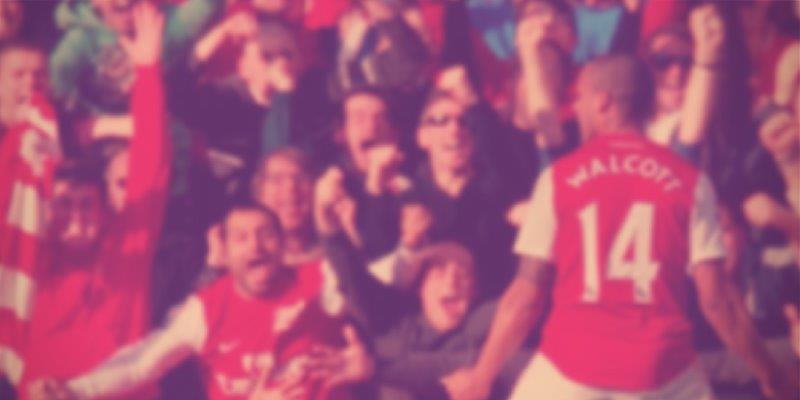 Still only 27, it’s easy to forget that Theo has more appearances for the club in his first ten years than a certain Tony Adams, and by some distance. His 347 games have returned 86 goals at a rate of one in four, and he has shown something of a penchant for the big game.

He continues to improve, with his first five years returning 31 goals in 174 appearances at a rate of roughly one in six, while his second five years saw him deliver 55 goals in one less appearance at around one per every three games. Throw in that this includes a horrific 2015-16 campaign that can only be described as ‘barren’, and the numbers don’t look too bad.

But did he leave Southampton too soon?

Walcott arrived at Arsenal in 2006 for an eventual fee of £9.1m, off the back of a campaign where he scored 5 goals in 23 appearances. The attraction was fairly obvious: a move to a Champions League club, but more importantly one where he could train with, and learn from, the greatest striker on the planet let alone at the club – a certain Thierry Henry.

He scored just one goal in his first full season, in the League Cup final no less. It offered an early demonstration of something that was to become his trademark: scoring in a big game, and against his favourite opposition – Chelsea.

He may have won the Young Sports Personality of the Year award and been called up to England’s World Cup squad in one of the strangest sporting decisions ever, but it was still a relatively quiet year for the teenage Walcott.

Big things were expected, and he needed to kick on.

And so it is that ten years on we’re still talking about Theo as much in terms of potential as achievement.

Part of that can be put down to his somewhat unfortunate injury history. Shoulder issues at an early age affected his ability and willingness to develop or use physicality, while a cruciate injury in 2013 hit at precisely the worst time, as he’d finally hit something approaching the dizzy heights we anticipated when he first signed, terrorising defences and scoring goals for fun.

The dalliance with playing up front has contributed too. The Premier League has changed substantially since Thierry Henry plied his trade at the spearhead of Arsenal’s attack, and while the Gunners may have reverted to playing something approaching a ‘number 10’ in behind the forward in the shape of Mesut Ozil, games are typically less stretched and therefore offer less space for the front man to work in.

Walcott’s greatest successes have come playing on the wing alongside a more conventional forward, as his runs are less well tracked, and he can both score and create goals from such a position.

Regular readers will know I am a huge fan of the threat Walcott can offer in the right team, and too often in the intervening years between his arrival and his maturity, that team has not been built particularly to his strengths, nor frankly good enough.

It’s very much a case of now or never for the former Saints prodigy, and what wouldn’t we give for a classic “wonder performance against a former club” of which we’re all too often on the end.

You’ve had your time to develop, your time to mature. You’ve overcome your challenges and you’ve shown us in glimpses what you’re capable of. Those glimpses tantalise those of us with an imagination.

Yet now is the time to show us just what ‘peak Theo’ looks like. And preferably no longer linked with, as our editor Lee is so fond of saying, “FFS Theo!”

More to the point, I’ve defended you to the hilt publicly, privately, in writing, on the podcast, with Arsenal fans and with rivals.

It’s about flipping time you started to give me some return on my investment!