Arsenal have reportedly opened contract talks with Hector Bellerin in what should be a pretty straightforward negotiation.

Bellerin has repeatedly stated that he’s more than happy at Arsenal and in London and even though his former club, Barcelona, were sniffing around over the summer, he was unmoved.

The Sun are claiming that talks have begun between the club and the player but that’s not really a surprise. Although he still has three years left on his contract he is no doubt on wages far below what his talent at this stage now deserves. 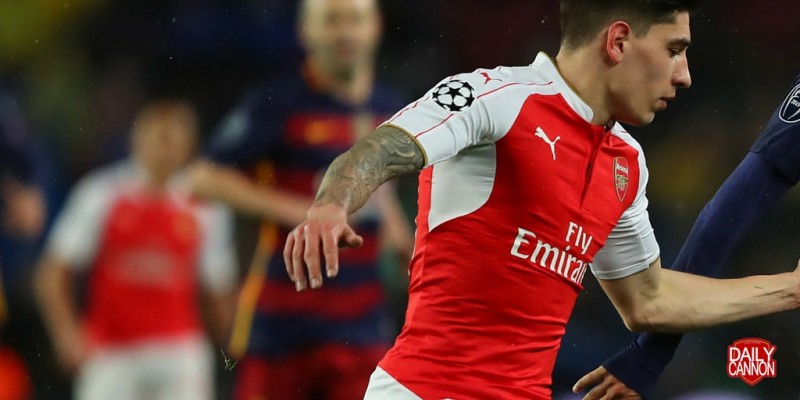 The claim is that they want to offer him a new deal that will tie him to the club until 2021. That’s just daft. Give him one until 2031.

You know it makes sense, Arsene!

Anyway, back in June the club were getting ready to offer him a new deal, just a few months after he gave an interview in which Bellerin said that leaving Barcelona had paid off. It was funny that this interview was rarely, if ever, mentioned as the media rushed to link him with a return to the Catalan giants.

I always get those two words mixed up.

Serie A side open negotiations to sign Arsenal 28yo