Hull City and West Ham have overtaken Liverpool at the top of the Injury League table, while Arsenal remain fifth.

The Gunners still have Aaron Ramsey (hamstring) and Olivier Giroud (toe) out, as well as Francis Coquelin, who hurt his knee during our 3-0 win over Chelsea. Despite this, we remain in fifth (although we’re level on points with Everton in sixth).

Our rivals Spurs have crept up to 13th, while Swansea remain bottom. 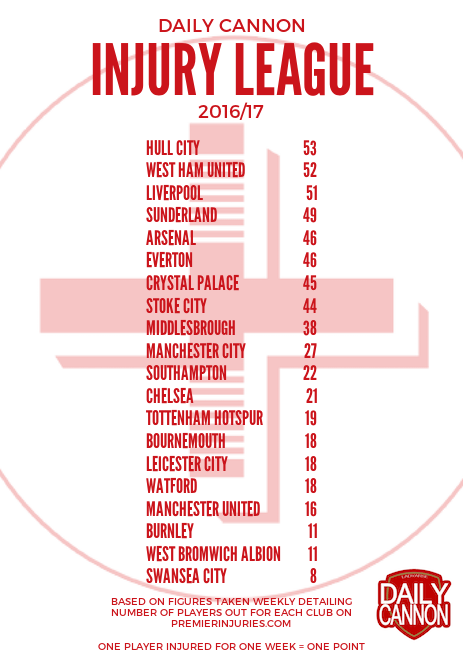