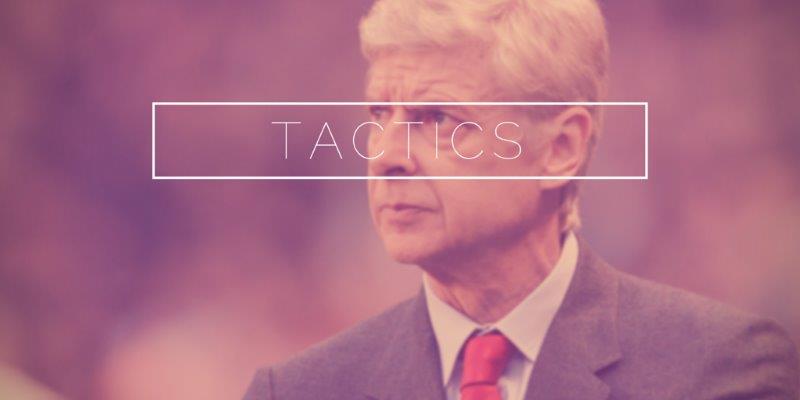 With the majority of things in football, once a team is successful in adopting an approach to winning – others follow suit.

This can be through imitation, adaptation or otherwise. In terms of formations, it’s been clear for a year or so that most sides in the Premier League have copied or altered each other’s formations.

Arsenal’s approach to play the 4-2-3-1 formation is a good one, as it adds solidity for the backline whilst maintaining a prominent threat in the final third, especially on the counter-attack with players rushing forward for support.

However, it’s long past the stage where it has become predictable. In our weekly predicted XI pieces, we’re usually right – or almost correct, because Arsène Wenger hardly ever changes his system.

This in itself is both a positive and negative point, mainly as the team is fairly assured of their places on a weekly basis but on the other hand, it restricts tactical flexibility to the point where opposition sides can try and counter-act Arsenal’s efforts to win.

On only a handful of occasions did the Gunners ever switch from a 4-2-3-1 formation (in all competitions), and whenever they did so, we always stuck to playing in a variation of the 4231. Francis Coquelin or Mathieu Flamini was tasked with the job of being the midfield anchor, protecting the backline, and although it wasn’t used very often, it’s important to keep the aura of unpredictability.

Without it, coaches are able to give specific player instructions before a ball is even kicked, e.g. marking the two centre-backs tightly as passing combinations are usually high in the backline when in possession.

A key example of how we changed the system to suit our opposition was during the 1-0 win over West Brom in November 2014.

Just thinking back to that afternoon itself, it was marred by some supporters protesting against Wenger – but despite all of the criticism in regards to his stubbornness, he showed rare flashes of tactical flexibility during a tough away fixture many expected us to fall short in.

It was a deserved victory and one where we’d managed to fit both Danny Welbeck and Olivier Giroud in the starting XI. Welbeck started on the left wing and worked hard both in possession and when attempting to win the ball back – whilst the 4-1-4-1 formation we’d used meant West Brom were stifled creatively and found themselves reduced to speculative shots and half-chances throughout.

In seasons past, it wouldn’t have been so comprehensive despite the scoreline suggesting it was a tense affair.

It’s an important point that needs reiterating because despite our improved record against most of the bigger sides (bar, Chelsea) over the past few seasons, we struggle particularly in away games against the lesser sides who know exactly when to soak up pressure and attack in numbers.

Teams such as West Brom, Stoke and Swansea have always traditionally proven tough tests because they relish the challenge – whilst it seems we only have one fixed gameplan and there’s no flexibility to change midway through a match if we’re in need of a goal for instance.

Even though it was important to keep a clean sheet against Leicester last time out, you could argue the same was evident once more. Both sides created chances to score, but it was clear we were in the ascendancy – only after Wenger made appropriate changes. The inclusion of both Özil and Giroud allowed the latter to be a nuisance in the area, whilst Alexis was more productive as he didn’t have to feed off half-chances plus he was being given better service from Mesut in less predictable areas of the Leicester half.

The substitutions had their desired effect to change the game but questions were asked – why did Wenger leave them so late, especially when it was obvious what he needed from the offset?