UEFA have released a list of the top teams in Europe and Arsenal are placed 11th, three behind Chelsea and two ahead of Manchester City.

Liverpool, Manchester United and Tottenaham are all missing from the top 20 which is headed by Real Madrid and contains three Spanish teams in the top five.

UEFA say, “The club coefficient rankings are based on the results of clubs competing in the five previous seasons of the UEFA Champions League and UEFA Europa League.

“The rankings determine the seeding of each club in all UEFA competition draws.” 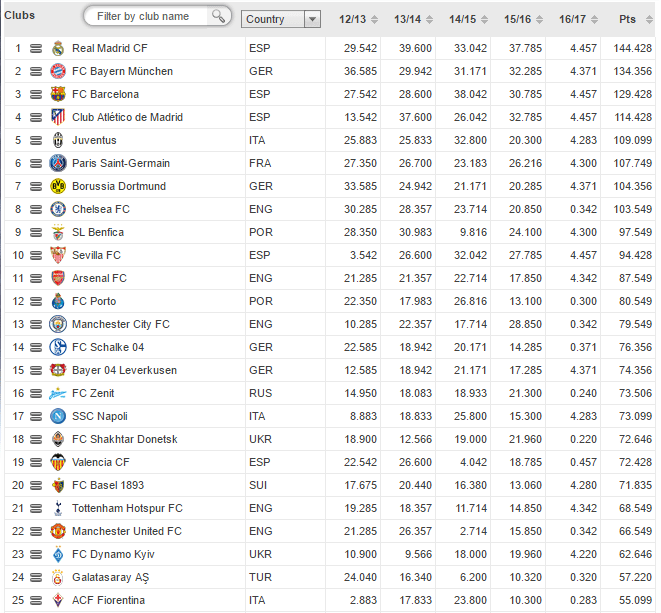