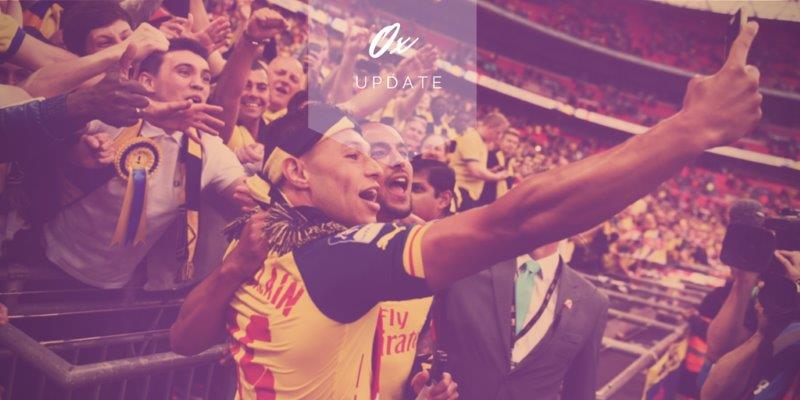 Alex Oxlade-Chamberlain expressed his surprise at the magnitude of Arsenal’s clash against the MLS All-Stars after the Gunners won 2-1.

Despite it being a friendly match, a large amount of fans turned out to watch Arsenal beat the best of the best from the MLS 2-1 thanks to a penalty from Joel Campbell and second-half goal from Chuba Akpom.

“It was a lot bigger than I thought it was going to be,” he told Arsenal’s website.

“I’ve just understood what the All-Star week is here. We hear about it in the NBA and the NFL but I’ve never seen it in the MLS. For us to be a part of it was really nice. It was a big occasion before the match, they had some world-class players on their team and it was an honour to play on the same pitch as some of those guys. It was a really good occasion and a great pre-season game.

He added, “It’s good to play in front of people that want to see you perform as well as you can. Some games in pre-season can be a bit slow and in the heat today, it was a bit like that at times. But at the same time, there was some really sharp football, some quick passing. That’s always going to happen with those sorts of players. Fixtures like this are great for us building up to the Premier League.”

To be fair, Arsenal haven’t done a pre-season tour in the US before. Therefore, any Gooners out there probably jumped at the chance to watch their idols play up close instead of through a TV or computer screen. Not to mention, football fans in general would have just wanted to watch the likes of Kaka, David Villa and Didier Drogba together on the pitch.

The match was more about the names involved than the actual game itself but that’s probably what drew in the crowds.