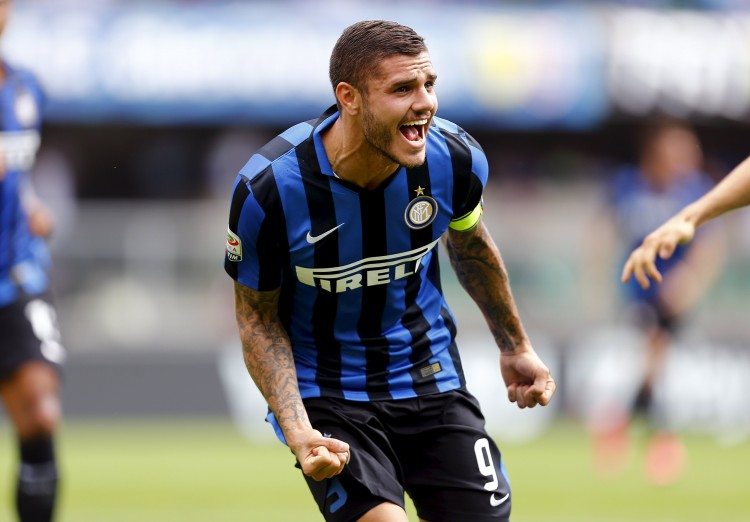 A website in Italy is claiming that Arsenal and Inter Milan have agreed a fee of €60m plus €8m in bonuses for their captain, Mauro Icardi.

The bonuses, it is claimed, will depend on appearances and qualification for the Champions League.

We cannot stress caution over this report strongly enough.

Icardi’s agent, (and wife) Wanda Nara, has been touting him around Europe and it initially looked like they were simply attempting to get the player a better contract at Inter but now it seems as if the player could actually make a move, but will it actually be to Arsenal?

Napoli are also strongly linked with the player after losing Gonzalo Higuain to Juventus and over recent days it had looked like the Neapolitans had moved ahead of Arsenal, but now things aren’t so clear (as if they were clear to begin with).

Inter have allegedly identified Juve’s Simone Zaza as a replacement for Icardi,one of the ‘problems’ said to be holding up  the deal – a lack of a suitable replacement (showing how hard it is out there for teams trying to find a frontman, someoen is going to end up with no-one).

Speaking about the player, former Inter frontman, Roberto Boninsegna, has been highly critical of Icardi saying that the player should never have been made captain of the club.

“He’s definitely one of the best centre-forward in circulation,” Boninsegna said. “However, a captain cannot flirt with other clubs.

“Certainly it would be hard to resist an offer from 60 million to 70 million euro. The problem is this: it was a mistake to give Icardi the captain’s armband.

“He’s a great striker, but not a leader and in 23 years he does not have the expertise for such a sensitive role.”

He also hit out at his wife/agent, adding, “The management of Wanda? Surely she is pushing for Naples, where both will earn more money and he did not see it as insensitive [respond] to the sirens of the De Laurentiis clubs.

“In addition to Inter, at this stage, there is much confusion, from Mancini still unresolved questions.”

Whatever the truth, wherever he’s going, be it Arsenal, Napoli, or nowhere, I expect this report to be picked up by the rest of the internet very soon and all sense of perspective will be quickly lost.

It also doesn’t seem to be showing any signs of getting any clearer.