Arsenal’s new away kit has been leaked just over a week before it goes on sale and if it’s real (we explain below why we think it is), we gotta say – it’s great!

The kit, which appeared on footyheadlines.com has been picked up by a number of other sites so we thought we’d have a look and see how it stacks up with earlier leaks that have surfaced since the end of the season.

This is the one that’s now doing the rounds ahead of the launch on 30th July: 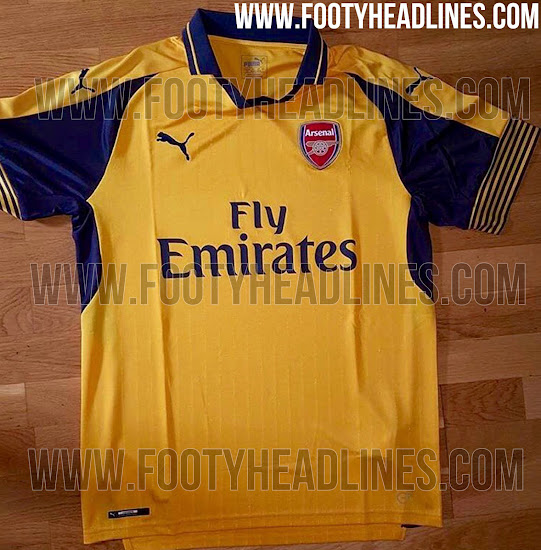 And here is the same shirt alongside the new home shirt in an image that was leaked on 22nd May:

But wait, here’s another of the same shirt from 15th May:

These look pretty identical to me and the fact that the second and third images are included alongside the new home kit makes me think this is the real deal.

As you’ll notice, the third kit is also in there and it looks like it will indeed be a Chelsea-inspired day-glo number: