So. Are you freaking out yet?

With all the reports coming from training camp about Francis Coquelin standing and running in a spot twenty yards behind where he usually stands, and Per Mertesacker’s knee injury making him unable for selection when he wasn’t likely to be in the first team anyway, fans are treating any sub-optimal ‘news’ coming from Arsenal as a sign of an imminent apocalypse.

Whilst Arsenal fans certainly have cause for concern as July seeps into August and a new striker is still yet to be acquired, the idea that it is only Arsenal who are having a ‘bad’ pre-season is very wide of the mark. In fact, pretty much all of our domestic rivals are having just as bad a time as us, if not worse.

Take Manchester United, for example. Yes, they’ve spent more than us, on quality talent. But their tour of China was a logistical disaster, players are spending far more time promoting products than training, and Jose Mourinho has already managed to start a row in the dressing room by giving Zlatan Ibrahimovic the number 9 shirt without having the courtesy to tell Anthony Martial that he had to move to 11. Martial is not happy.

Across town at Manchester City, Pep Guardiola has bought a back-up winger, a midfielder who won’t play until at least November, and has found his team to be so out of shape that he had to ban them from eating pizza. When you have to put in a rule that requires professional athletes to not eat junk food, that’s not a good sign.

Liverpool have spent big, but mainly on players that replicate what they have at the club already. They have more midfielders than Twitter has ITK accounts, yet as of today, Diego Lovren is still their most reliable defender, thanks to Mamadou Sakho acting the eejit on their pre-season tour. There’s going to be a fire-sale there, and soon.

Chelsea have bought N’Golo Kanté, because the one thing you need when you have Nemanja Matic in your team is a £30m defensive midfielder. If they want to play 3-5-2, great, but then they have five centre-backs at the club and two of them, John Terry and Branislav Ivanovic, are slower than continental drift.

Tottenham have bought a back-up striker and winger…………and that’s it. Meanwhile their stadium is replicating their title challenge from last year, by collapsing in plain sight. Seriously, look for yourself. 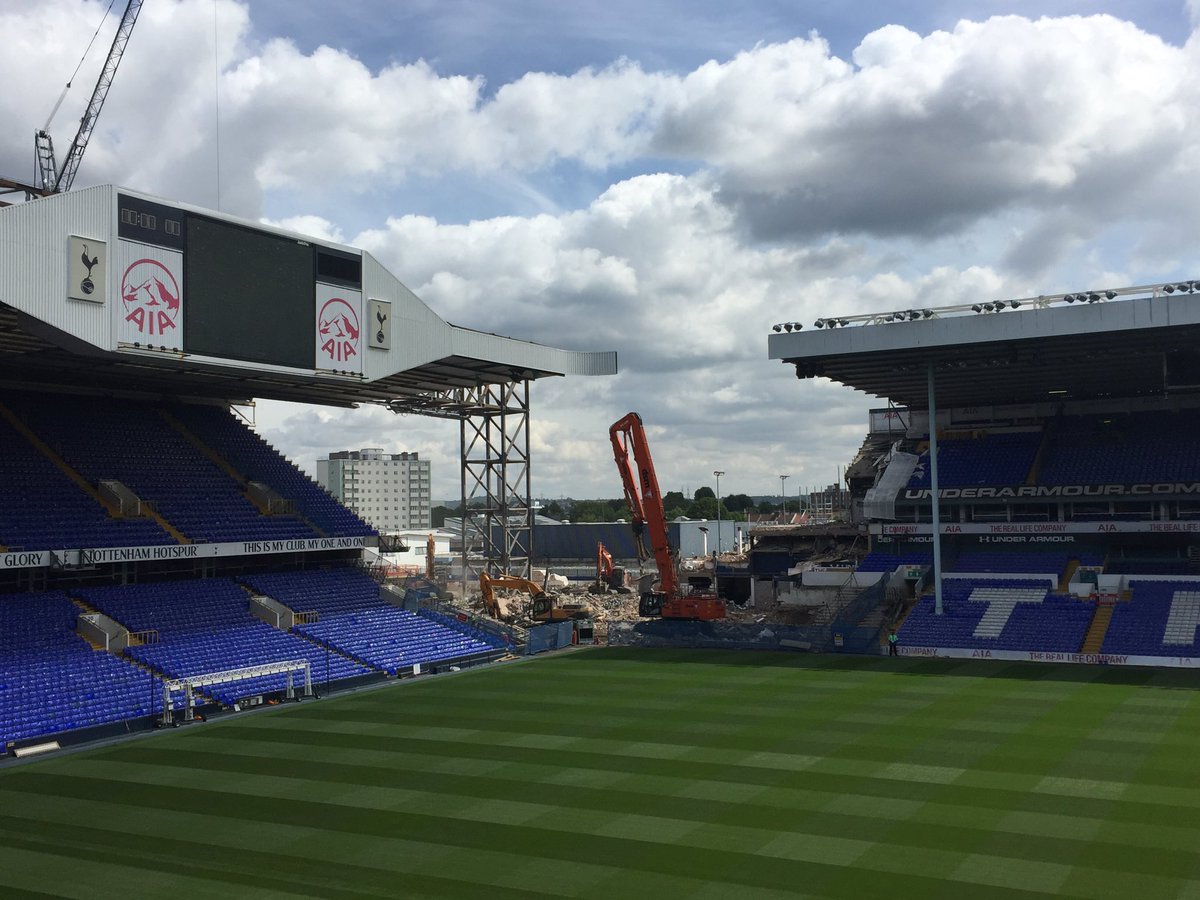 They’re claiming that this is due to the new stadium that the taxpayer is building for them, but when Harry Kane hits as many shots into the crowd as he does, is it any wonder that the stadium finally collapsed under all that duress?

In all seriousness though, they now face the exact same problem Arsenal faced as they left Highbury, moving to a new stadium and having very little left to spend on the team, and they don’t have Thierry Henry to help them over the line.

Leicester? Kanté is gone, Jamie Vardy is now set for life with a fat contract and Riyad Mahrez is linked with a different club every day. Getting that team to sacrifice as much as they did last year, in games that aren’t in the Champions League, will be nigh on impossible.

So does that mean that Arsenal has nothing to worry about for the upcoming season? Of course not.

We need a striker, and now we need a centre-back too. But the money is there and the club has said that it’s active in the transfer market. Lyon went as far as to confirm it this week with their statement on Alexandre Lacazette.

Yes, Ivan Gazidis has said a few things this week that are far from comforting, but there are a couple of things that need to be borne in mind when it comes to our chief executive.

The first is that whenever he speaks, he has a very specific target audience in mind. The second is that for a man whose main job is to promote the image of the club to the world, he’s just not very good at public speaking.

Whilst Arsenal are touring America to  gain match fitness ahead of the start of the season, Gazidis has been giving interviews to the likes of ESPN and The New York Times to further………erm…….gain match fitness. Ahem.

But the only thing he’s managed to do whilst opening his mouth, is to put his foot in it.

He told ESPN that big clubs can’t financially bully small clubs any more, before telling The New York Times that Arsenal haven’t got the same financial resources as other clubs.

He’s trying to say that players are more expensive than ever, but comes across as saying that Arsenal can’t buy players from lesser rivals and their greater rivals will always out-bid them.

In the same interview, he says Arsenal can’t outgun others when it comes to buying players, then lauds about spending £20m on a training centre. He’s trying to convey the argument that long-term planning is far more effective than short-term splurging, but at a time when Arsenal needed a striker far more urgently than a new gym, saying that everything will be good in a few years is not a good idea when fans have heard about how the future will be great for over a decade now.

There are only three instances in which we need to hear from our chief executive; either we’ve bought or sold someone, Arsene Wenger’s departure and subsequent replacement, and who our new official noodle partner is so that we have more money to spend on players that we can’t buy because we don’t have enough money.

For everything else, you don’t need to worry about Ivan Gazidis.

As for Arsenal’s pre-season, it’s not been ideal, but you don’t need to worry about that either.