After creating a fuss by taking a player to the Euros who had hardly kicked a ball for his club all season, Roy Hodgson confounded people further by leaving him on the bench.

Yep, when given the choice of playing three from Eric Dier, Adam Lallana, Dele Alli and Jack Wilshere, the England boss opted to leave the most gifted of them all on the sidelines for most of the match.

Of course, that mean that Arsenal interest in the majority of the game was limited to hoping one of the players from Chelsea, Spurs, Liverpool, City or United did something hilariously awful. We took to the task with glee on Twitter.

We pondered how confident England fans would be to make the final with all these Spurs players in the side given how things went at Newcastle. We chuckled when Kane found the back of the net but was offside.

We gossiped about what Arsene Wenger was talking about with David Dein as they watched the match in the stands.

We bemoaned Harry Kane taking corners that were crap. Or corners at all.

We did lots of things, but we didn’t really talk about the football which was actually quite good by England-at-tournament standards, dominating a very poor Russia.

At the break, we hoped for Jack’s inclusion for the second half.

We didn’t get it.

Russia offered much more in the second half, or England less, it was hard to tell at times.

Sterling ran about lots with his T-Rex arms but still couldn’t control a ball to the standard you’d expect from a £50m players. Kane put in some lovely balls that a centre forward like Harry Kane would have been good on the end of.

With 17 minutes left, the deadlock was finally broken as Eric Dier summoned up his inner Gareth Bale to find the back of the net from a free kick on the edge of the box won by Dele Alli.

I saw Arsenal fans celebrating and a little bit of my soul died.

Despite being given almost no time to effect the game, he still managed to show why he should have started by creating the best move of the game only to have it ruined by Harry Kane being offside.

Had he not been offside, Sterling would have given England a two-goal lead that would have been enough, but as Russia struck in injury time, England knew they’d be leaving with just one point instead of three. 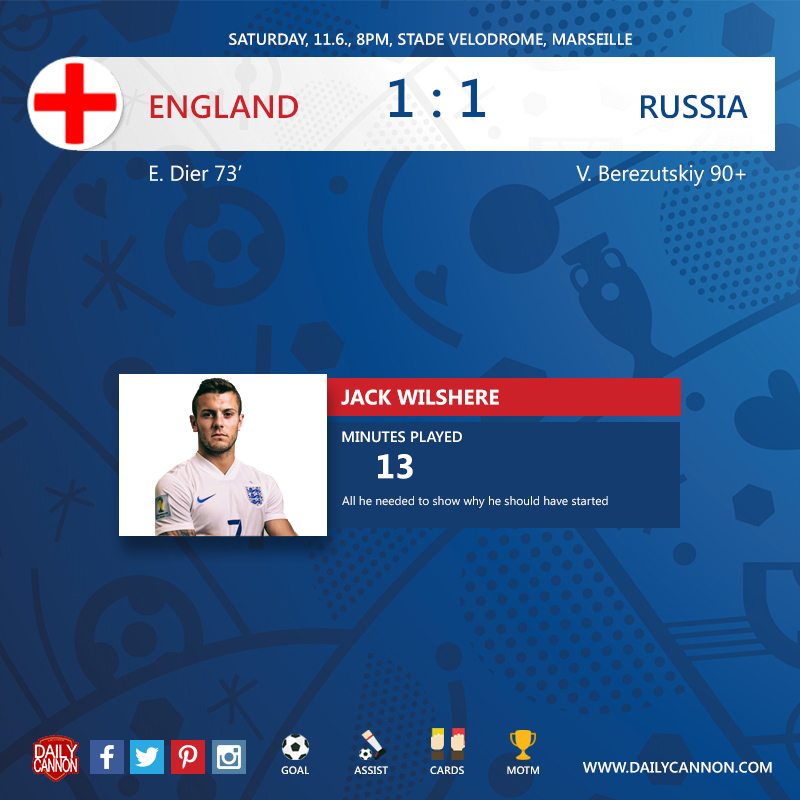