Firstly, Vardy put his left leg in. Or at least we put it in for him by triggering his £20m release clause. The deal was supposed to be wrapped up by Monday.

Not long after the news broke, a few sources – some pretty reliable – mentioned that he wasn’t the only one of the Foxes’ players we were after with many pointing to Riyad Mahrez as The One, since our original target, N’Golo Kante looks like he’s off to PSG ‘after the Euros’.

Vardy took his left leg out by not returning Arsene Wenger’s call and getting on the plane; cue the boss staring wistfully out of a window in black and white and everyone copying our Friends joke.

New update in #VardyToArsenal story, it's gonna be a happy ending after all! pic.twitter.com/hj6t4fWVPi

On Monday morning, however, Vardy had put his right leg back in because he just needed more time for the love of God!

Arsenal have bid 32m€ for Mahrez

Mahrez since took his left leg out despite good ol’ Tancredi Palmeri claiming we’d bid €32m for him after John Cross from the Mirror confirmed Vardy is the only Leicester man we’re after.

Now, some reports are saying Vardy is staying at Leicester, some are saying he’s not come to a decision.

One minute he’s in, then he’s out.

I just hope he doesn’t shake it all about… (I’m so sorry.) 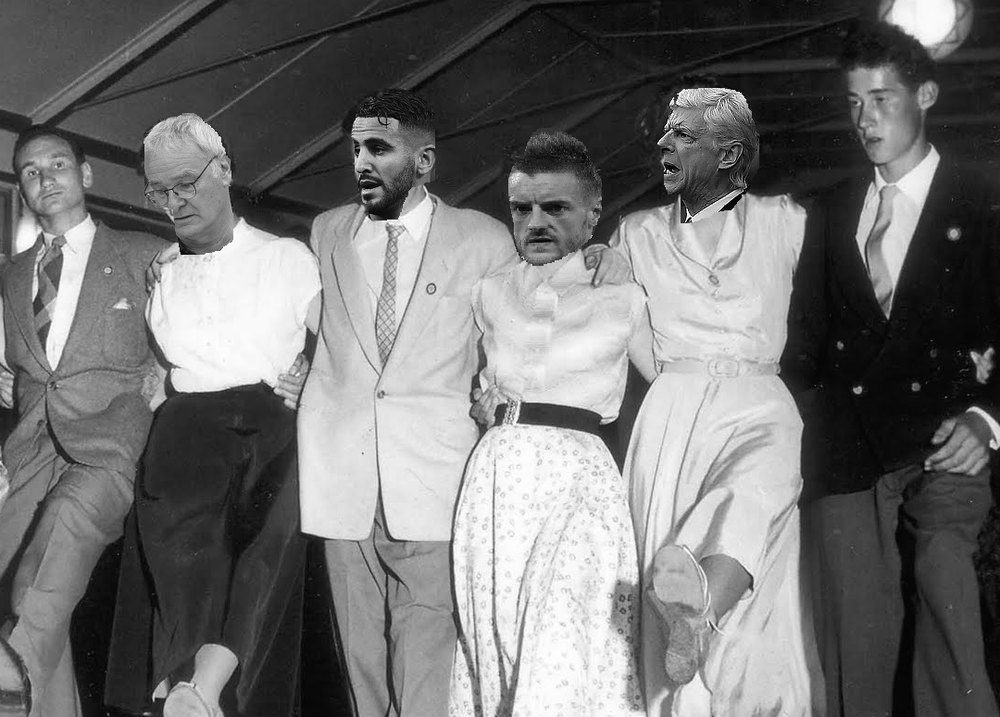