To the surprise of Arsenal fans everywhere, and half of Spain, Hector Bellerin was named on the bench while Juanfran was handed a start for their first game of the tournament.

Both Petr Cech and Tomas Rosicky started for the Czech Republic.

The first half of the game was as about as one-sided a match as you’re likely to see (and that’s including Northern Ireland’s game, but I might be biased) however Cech was only called on a couple of times and was not stretched beyond his limits to keep Spain out.

Rosicky, who not only played more minutes in the first half of this game than he did all season for Arsenal, also became both the youngest and oldest player to represent his country.

34 – Tomas Rosicky has now played more minutes in this game (34) than he played for Arsenal all season (19).International. #CZE

The second half started with Cech being called into action by his own defender. A fantastic reflex save, low at the post, turned the ball for a corner and from the resulting set-piece he was called into action once again – this time with his feet.

But unlike the first half, the Czech Republic offered slightly more, even forcing David de Gea in to action once or twice. Spain, however, stood strong and reasserted their dominance after a brief Czech flurry.

As the game wound down, it looked like the Spaniards wouldn’t be able to find a way past Cech. With just three minutes of normal time remaining, Gerard Pique, however, rose to head home after a corner had been given when Tomas Rosicky hacked a clearance in the direction of his own goal.

Tom was subbed immediately after, although it’s hard to think the two were related but he was less than pleased at being removed from the action with only a few minutes remaining for his colleagues to save the game.

They couldn’t, although that was only thanks to a fine save from de Gea in the 92nd minute.

Hector did not make it on to the pitch. 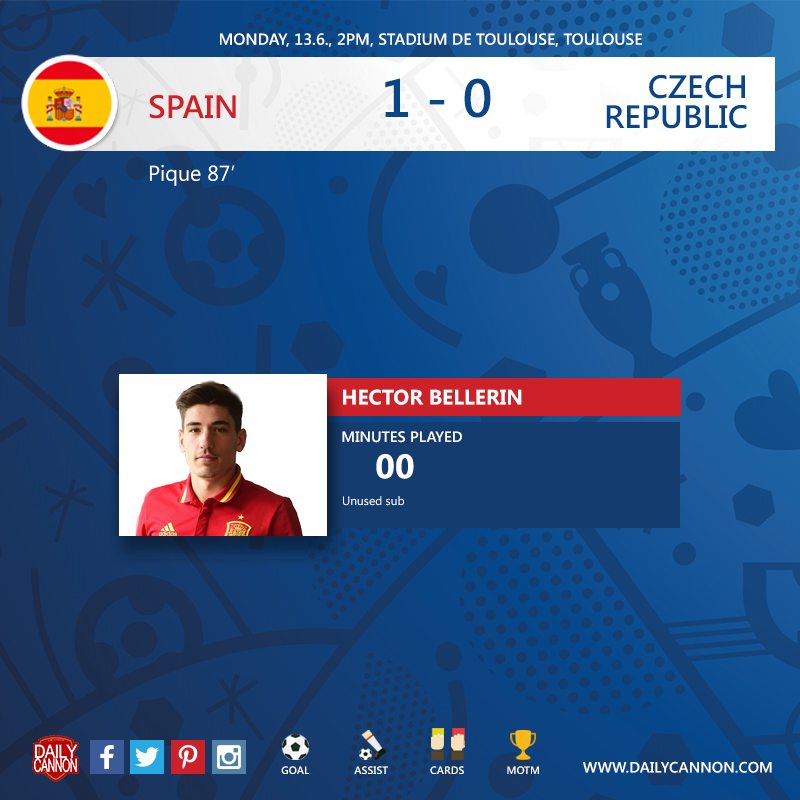 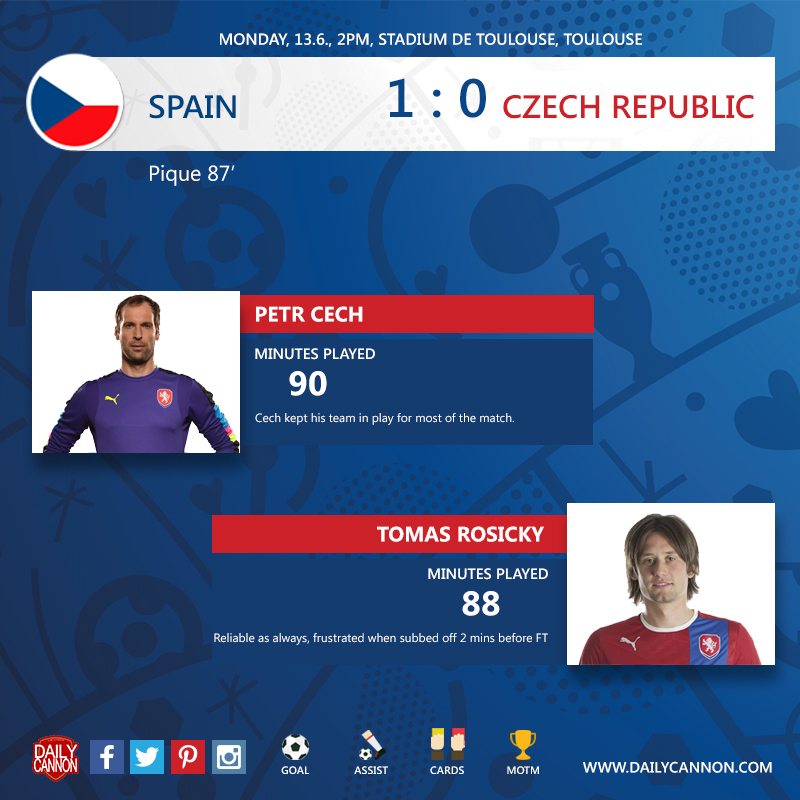