Spending the second half of the season on loan with Bordeaux, the Frenchman has made no secret of his displeasure at being usurped by Hector Bellerin while he was out injured. 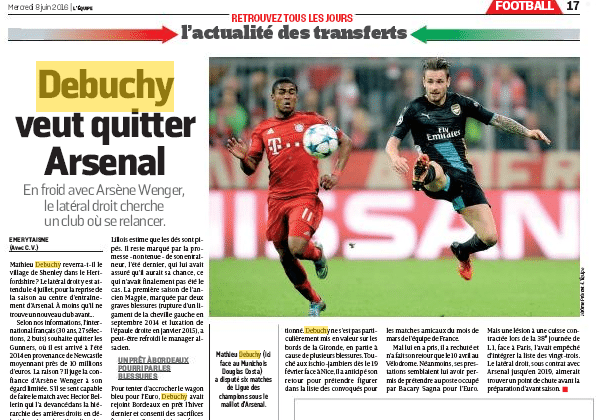 Debuchy’s former club, Lille, are interested in bringing him back however they are not optimistic with Arsenal possibly seeking around €10m for the defender who is under contract until 2019.

Arriving from Newcastle, Debuchy looked to be the perfect Sagna replacement, but injury has blighted his time at the club and even allowed Sagna to take his place in the national team ahead of the Euros.

Still only 30, Debuchy has at least one decent contract left in him, but the strop he threw over Bellerin means that it won’t be at Arsenal.