Swiss side, FC Basel, are set to rake in around £5m (7.6m Swiss Francs) from the transfer of Granit Xhaka to Arsenal.

The midfielder moved for a fee reportedly in the region of €45m (£34.3m) and a chunk of that will go to the club who sold him to Germany.

Xhaka came through the youth ranks with Basel, signing for them in 2002 from Concordia Basel, a club in the fifth tier of Swiss football.

Moving when he was just 10, Xhaka spent the next decade with Bebbi before Borussia Monchengladbach paid €8.5m (£6.5m) for him on a five-year deal.

He would, however, only stay for four despite signing a contract extension until 2019 at the start of 2015.

His fee represents the second highest paid by Arsenal, sandwiching him in between Mesut Ozil (£42.5m) and Alexis Sanchez (£31.8m) 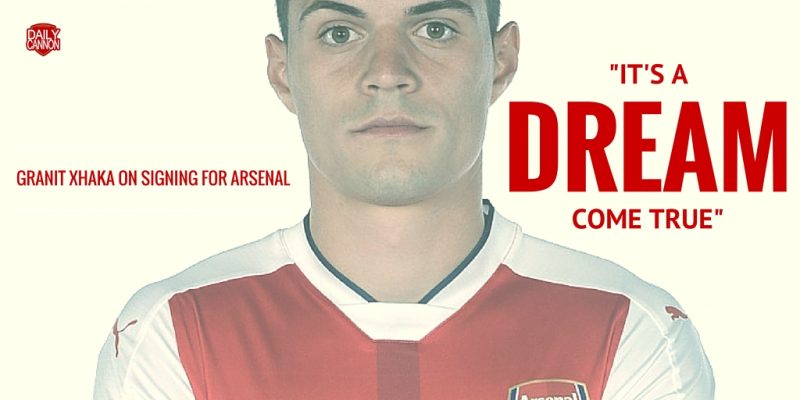