Arsenal once again dominate the London Evening Standard’s London Team of the Week for the weekend’s Premier League games.

With a 4-0 spanking of Watford at the Emirates, the team which is based on WhoScored’s rankings for the games has six players from Arsenal.

Tottenham are the second most represented club with three, despite only drawing with Liverpool at Anfield. Chelsea, despite hammering Aston Villa, and West Ham. who drew with Palace, both only had one player selected.

Hector Bellerin, Gabriel, Laurent Koscielny, Nacho Monreal and Alex Iwobi all saw off their rivals to grab a place in the London XI. 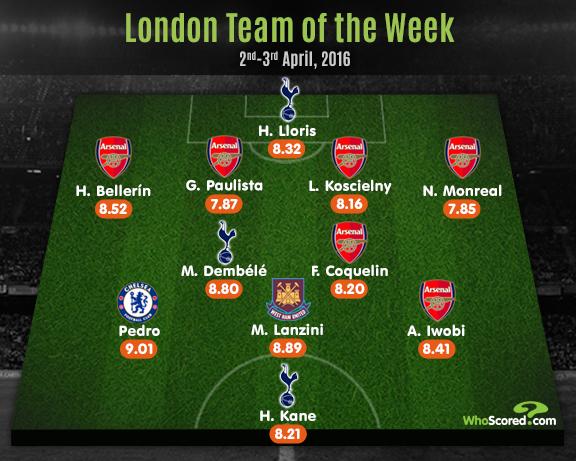 Arsenal’s Dejan Iliev to see out contract on loan

1 word: What Aaron Ramsey said about signing for Tottenham