Alex Iwobi is the youngster on everyone’s lips this week.

The Arsenal kid started his first Premier League game against Everton and grabbed his first goal, building on an impressive display against Barcelona in midweek.

During the game, a tweet was doing the rounds on Twitter comparing Iwobi’s salary with that of the player he is keeping out of the side – Theo Walcott.

Now the Sun have carried on the comparison game, this time with Manchester United’s Marcus Rashford, the forward who popped up, scored against Arsenal but has done little since. (Yes I wrote this before the City game ffs)

According to their figures Iwobi does indeed earn £750 a week, but the United kid earns double that £1,500 even though he’s only 18. 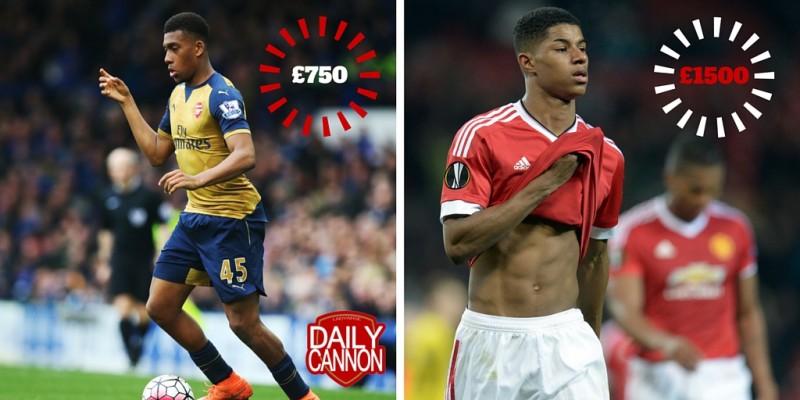 No doubt, a new contract will be coming Iwobi’s way very soon.

His current one runs until 2020 but I can’t see Arsenal feeling secure having him on a deal worth only £750 a week at this point when so many others would happily give him a lot more than that.

England u18 boss Kevin Betsy in contention for Arsenal u23 job