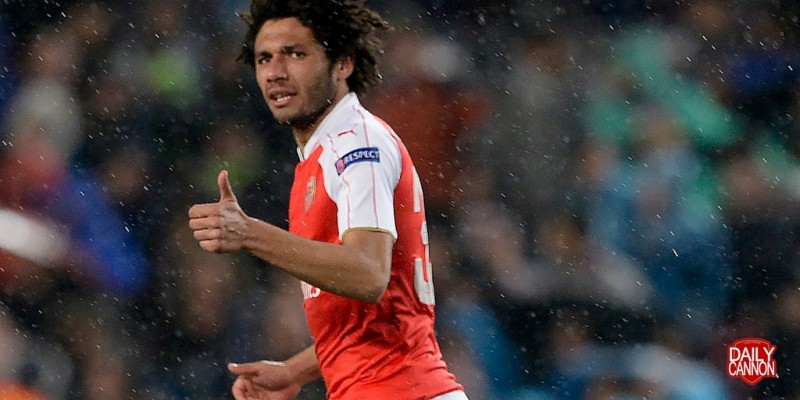 Mohamed Elneny believes that Arsenal can still pip everyone else in the Premier League to the title, saying that the Gunners ‘won’t let it go easily’.

Sitting 11 points behind Leicester (but with a game in hand) Arsenal have an uphill battle to claw back the two sides in front of them.

Elneny has come into the Arsenal starting lineup in the absence of Aaron Ramsey and has instantly steadied things in the middle of the park meaning that a title charge could be a possibility, albeit a slight one.

Away on international duty with Egypt ahead of their games against Nigeria, Mohamed said “The league is our only available title this season, we won’t let it go easily.

“Arsenal is one of the best teams in the world, I feel so happy because the boss and my team-mates trust in me.”

Elneny has made 12 appearances for Arsenal since his January arrival. He has netted once – the screamer against Barcelona in Spain.