2015 is behind us, 2016 brings even more challenges! December was good for Arsenal. We are ending the year at the top of the league! I already forgot about Southampton, and you should too.

The first month of the new year brings us five matches, with one more possible. The opening match comes really soon, we are hosting Newcastle on 2nd. They aren’t looking good so I expect a win, of course. After that we have Sunderland, who we played last month, but this time it’s in the FA Cup. This is why we could have 6 matches this month – if we win (and I fully expect us to do so), we’ll play round 4 of the FA Cup on 30th, against whoever the draw brings us.

In between the cup fixtures, we have three more league matches, and they are not easy at all. Liverpool are getting momentum and Klopp seems to be doing good stuff with them, so a trip to Anfield will be tricky. Oh, but the trip to Stoke-On-Trent will be even trickier. We always had problems in that fixture but now it might be even harder. Stoke are playing really well and have some exciting players in their team. Surely nothing we can’t handle on a good day.

At the end of the month we are hosting Chelsea. I say, it’s time for revenge. We lost at the Bridge thanks to the ref, and only to the ref, so I think we can get the win. Sure, they have new manager and might look better by then, but I’m sure our players will be extra motivated after that horrible match earlier this season.

Let’s not forget that there’s going to be one more “match” off the pitch in January – the one in the transfer market. Wenger said a few times that we’re short and we will buy, so this could be interesting as well. We might even see some new players in these matches.

Good luck to our boys, in January, and in the whole of 2016. Let’s get some trophies! 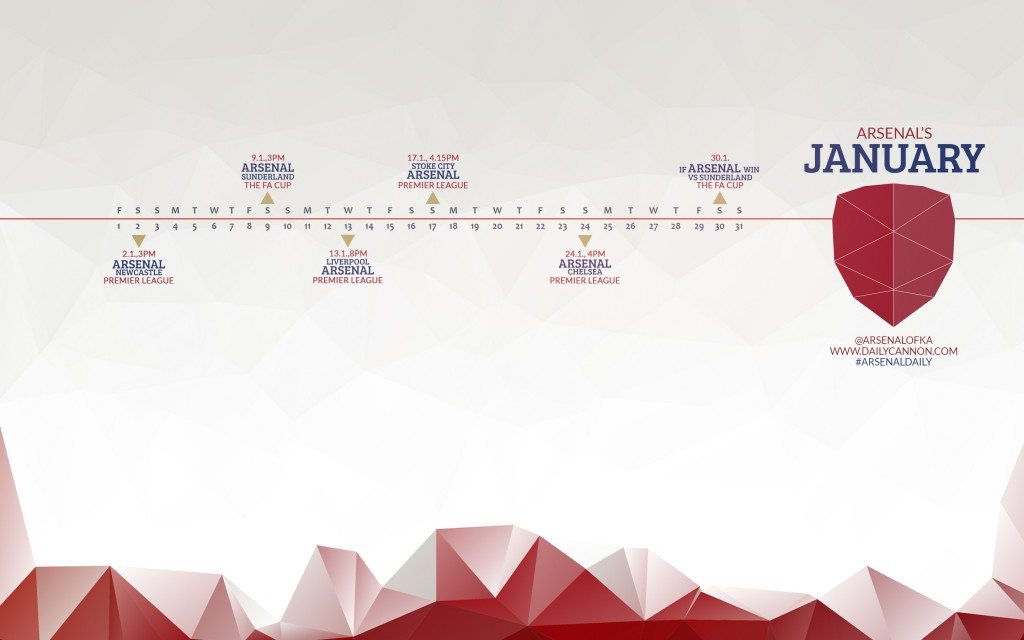 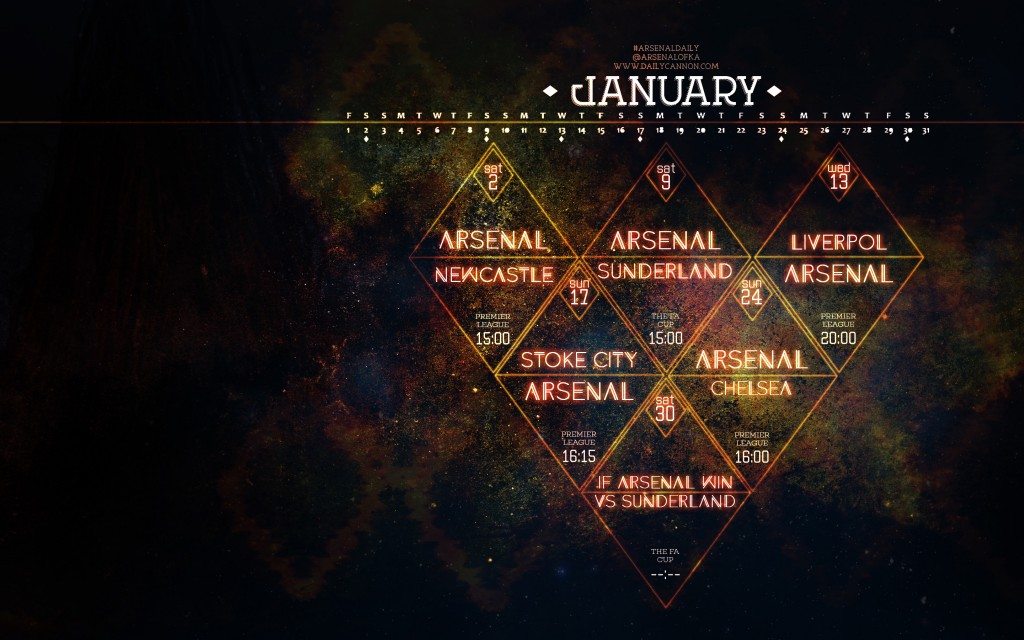 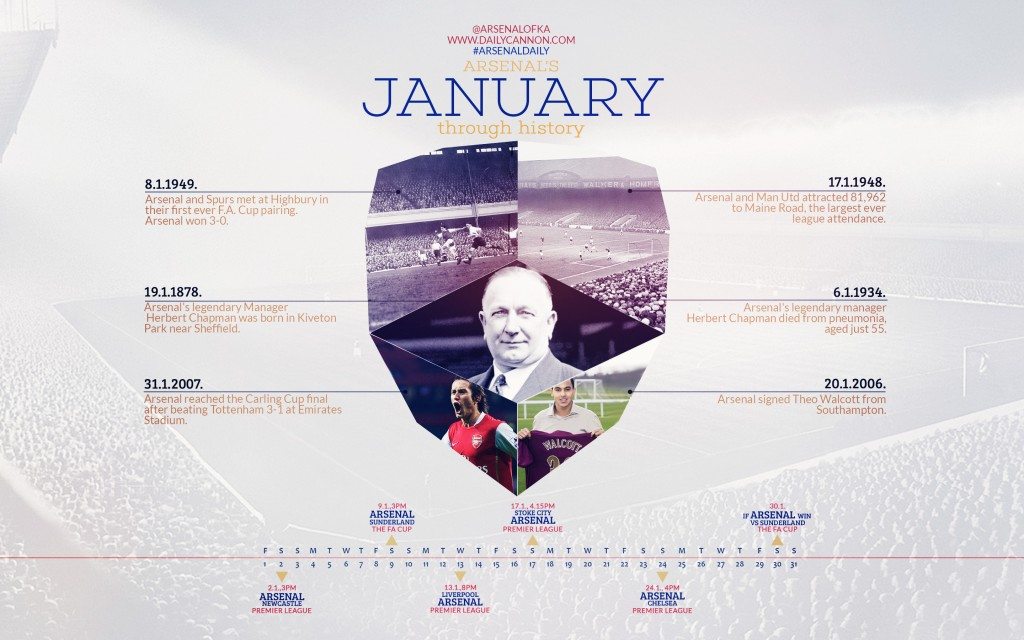