Having taken six points from three games over Christmas, Arsène Wenger won’t be too disappointed.

He also managed to do it without losing any key players to injury. Only Mathieu Flamini sat out the third game of the week, a 2-0 win against Bournemouth, with Laurent Koscielny, Nacho Monreal and Joel Campbell all rotated but fit enough to make the bench.

Newcastle United are our next visitors but, having had five days between this match and the Bournemouth game (and another week until we play Sunderland) expect the boss to field as strong a team as possible.

That means Petr Čech in goal again, of course, looking to add to his new record of 170 Premier League clean sheets. Gabriel scored and impressed against AFC Bournemouth, but did he do enough to keep his place in the side? We expect to see Per Mertesacker and Laurent Koscielny paired together again with Héctor Bellerín and Nacho Monreal at fullback on either flank.

Calum Chambers also did well against Bournemouth, starting in midfield for the first time all season. He could partner Aaron Ramsey again. Naturally, Mesut Özil will play ahead of the midfield pairing.

Then Wenger has choices to make, with three places remaining between Theo Walcott, Alex Oxlade-Chamberlain, Joel Campbell and Olivier Giroud. Campbell made way for Ox on Monday, but that change could be reverted so we see the same frontline that beat Olympiacos and Manchester City – among others – so impressively in December. 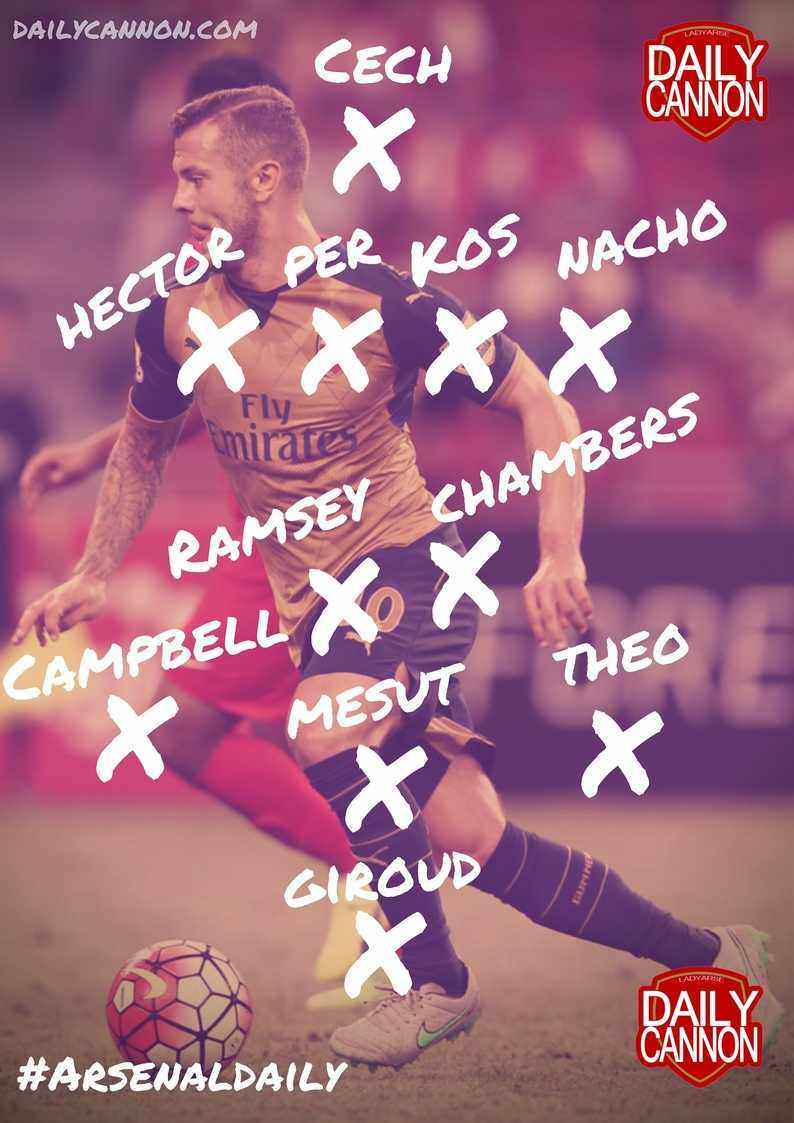