A trip to Norwich City comes on the back of one of Arsenal’s best and most complete performances of the season.

The win against Dinamo Zagreb and the return of Aaron Ramsey were both fantastic on Tuesday night, and Wenger must be tempted to keep the same team again for the trip to Carrow Road on Sunday.

Petr Čech will be in goal and has the opportunity to equal David James’ record of 169 Premier League clean sheets (clean sheets only included when 90 minutes completed).

In front of him, we should see the same defence. There have been no injuries and Arsène Wenger’s preferred backline of Héctor Bellerín, Per Mertesacker, Laurent Koscielny and Nacho Monreal is undoubtedly his most balanced and most in-form defence.

The injury to Francis Coquelin leaves questions in midfield, but they are likely to be answered by Mathieu Flamini once again. The Frenchman played the game in midweek with Calum Chambers – who Wenger has also talked up as a defensive midfield option – only featuring off the bench. Expect a partnership of Flamini and Santi Cazorla to be given the chance to develop, despite the return of Aaron Ramsey.

However, Wenger will be tempted to play the Welshman and that means picking him wide again. He would have to do so at the expense of Joel Campbell, which would leave a slightly sour taste in the mouth of the Costa Rican. On Tuesday evening he gave his best performance in an Arsenal shirt, but Wenger will probably plump for Ramsey in his place if there’s no injury risk involved.

Mesut Özil and Alexis Sánchez both shone against Dinamo Zagreb and will play again, with Oliver Giroud up front. Unless Alexis plays as a centre-forward, Wenger has little choice but to play Giroud until Theo Walcott returns from injury. 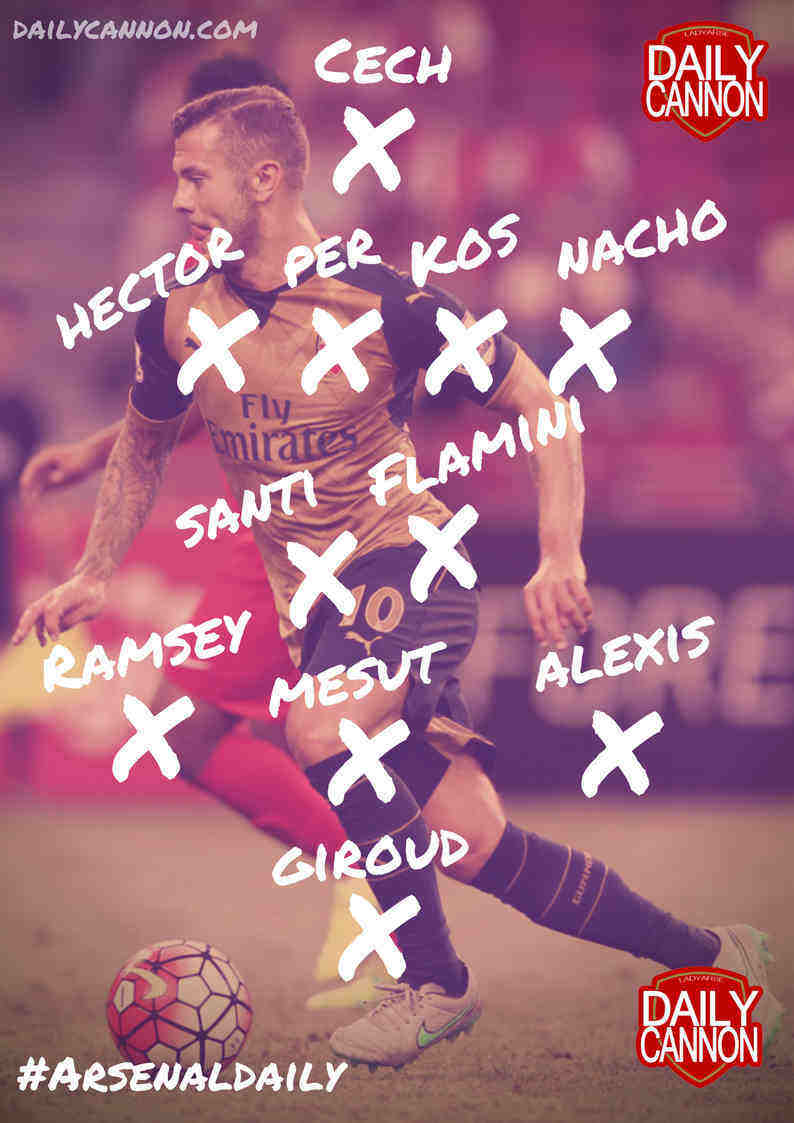