After a week of rotation in the League Cup, the Arsenal side should be stocked full of stars once again at Swansea on Saturday.

Unfortunately, one place in the side will be left for someone a little more unknown after Alex Oxlade-Chamberlain and Theo Walcott both came off injured during the 3-0 defeat to Sheffield Wednesday.

Petr Čech played in goal in Yorkshire and will do so again at the weekend, that much is certain. Returning to the team was Per Mertesacker, who could replace Gabriel at the back. The Brazilian lined up with Laurent Koscielny for the 2-1 win over Everton but Per is still just ahead of him in the pecking order.

The defence will be completed by Spanish duo Héctor Bellerín and Nacho Monreal. It’s fantastic to see both players are receiving the acclaim they deserve, as they have blossomed into two of the finest fullbacks in England.

The midfield base of Santi Cazorla and Francis Coquelin has to be kept together. Arsenal’s midfield may look a little imbalanced at the weekend, but inserting Mathieu Flamini and shifting Cazorla is unlikely to help. Mikel Arteta, Aaron Ramsey and Jack Wilshere are all out.

Also out are Danny Welbeck, plus the aforementioned Walcott and Oxlade-Chamberlain. That means one of Joel Campbell or Alex Iwobi will start wide on the right. With more experience, Campbell seems to just be in the lead but the unpredictability of Iwobi may appeal to Wenger. The Nigerian international made his first professional start on Tuesday night, could we see more of him again so soon? You feel that the manager has to gamble and play one of these two unproven players, so why not Iwobi?

Thankfully, Mesut Özil and Alexis Sánchez are both available. Ahead of them, Olivier Giroud will start up front after scoring the opener and delivering a top class performance during the win last weekend. 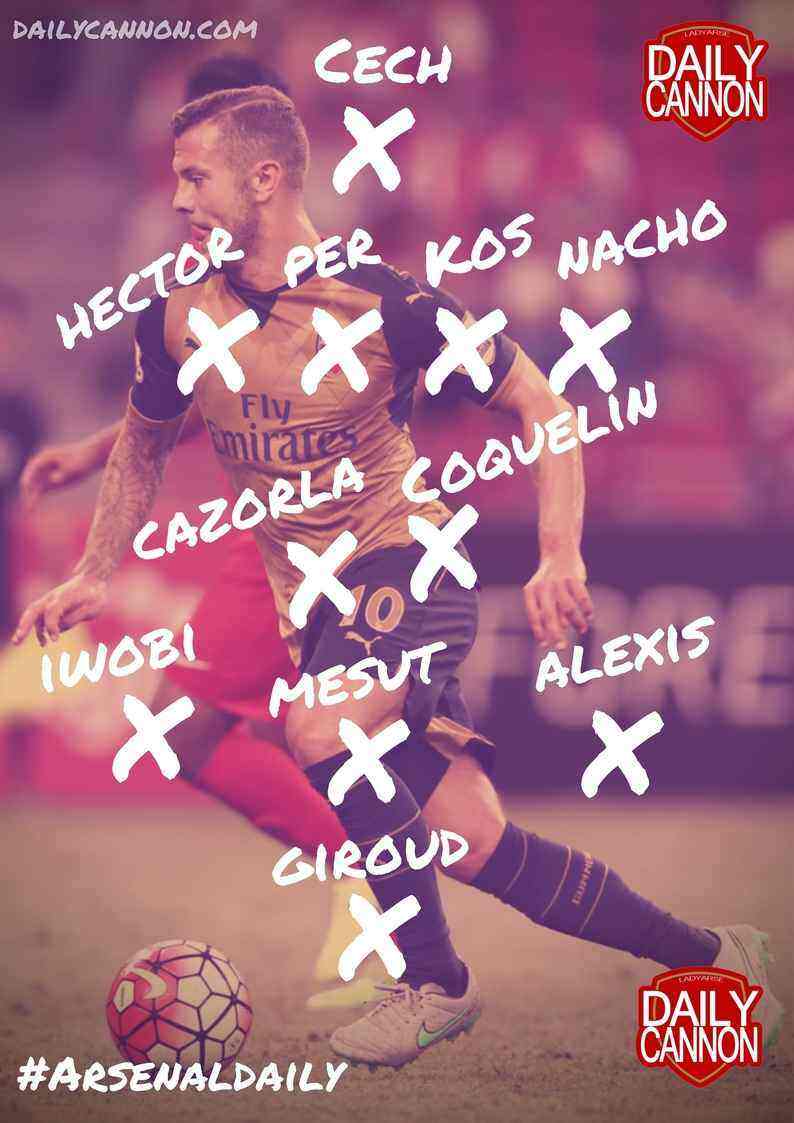