Moving on from Olympiacos, one thing is for sure: Petr Čech will start for Arsenal on Sunday.

Arsène Wenger is known for defending his players and being stubborn, but he isn’t stubborn enough to play David Ospina against Manchester United just so he can prove a point.

In front of the Czech international, Arsenal will be without Laurent Koscielny. Partnering Per Mertesacker in defence is likely to be Gabriel, who served a one-game suspension for improper conduct last weekend. Nacho Monreal should return to his left-back spot and Héctor Bellerín will keep his place at right-back.

Francis Coquelin and Santi Cazorla will almost definitely partner each other in midfield with Mathieu Flamini and Mikel Arteta both out. That will once again leave Aaron Ramsey on the right flank and Alex Oxlade-Chamberlain on the bench.

No player has created more chances than Mesut Özil this season. The season is young but the German is superb, and can continue his excellent form. Manchester United will be a huge test and using Özil is Arsenal’s best chance.

Mesut will be flanked by Alexis Sánchez, who appears to have found his ‘mojo’, whatever that means. The Chilean scored his first three goals of the season at Leicester last weekend and added a fourth in the disappointing midweek loss to Olympiacos. He also assisted Theo Walcott’s goal in that game.

Ah yes, Walcott. Four goals in six games in September, Theo scored once every 90.5 minutes he was on the pitch. With Manchester United looking to press fairly high up the pitch, Wenger will try to use Walcott to exploit the space behind and/or create more space for the midfield.

Olivier Giroud is back after serving a suspension in midweek and provides a good option from the bench – he’s already scored against Stoke City and Leicester City after coming on as a sub this season. 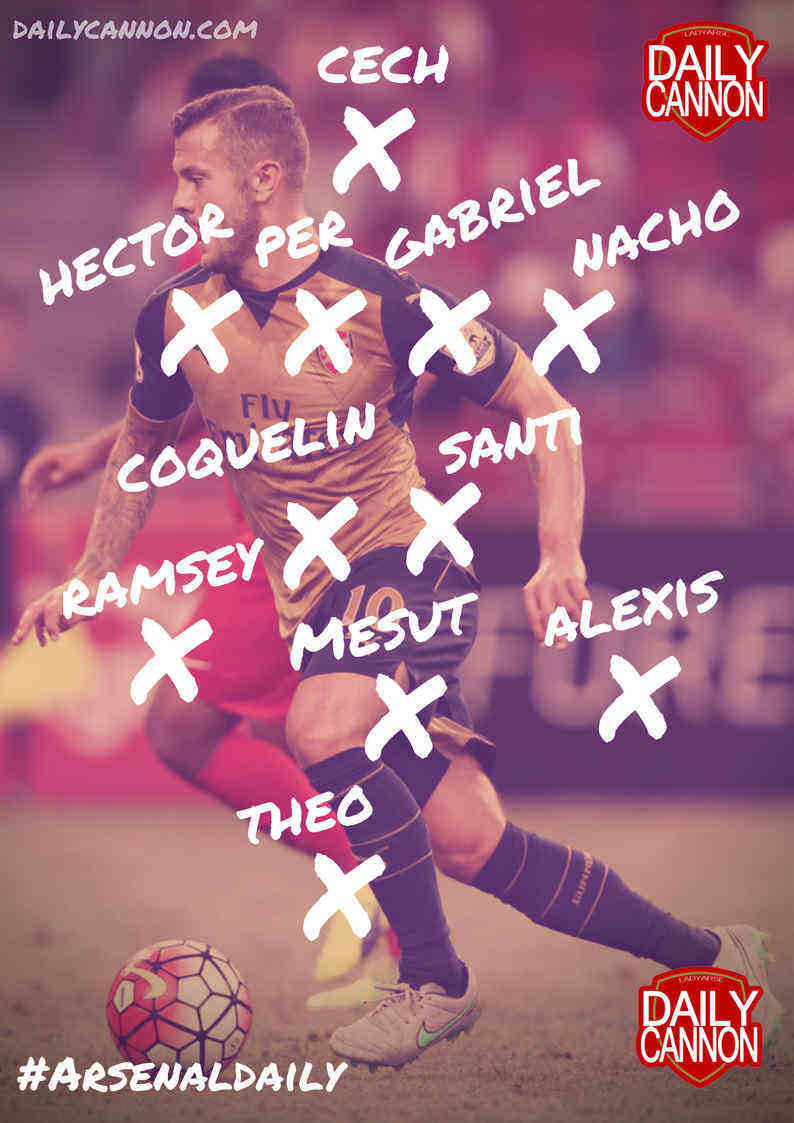