One of the best things about being a football supporter in 2015 is the availability of data covering just about every aspect of the game.

Feeling rather bored and curious on Sunday evening I decided to play around with some heatmaps because, well, I like shiny things.

Clicking buttons at random initially, I started to be more structured in my thinking and finally ended up comparing the two midfields that went toe-to-toe on Saturday and, well, if you were to show it to an alien I’m pretty sure they’d be able to identify which side had won the game. 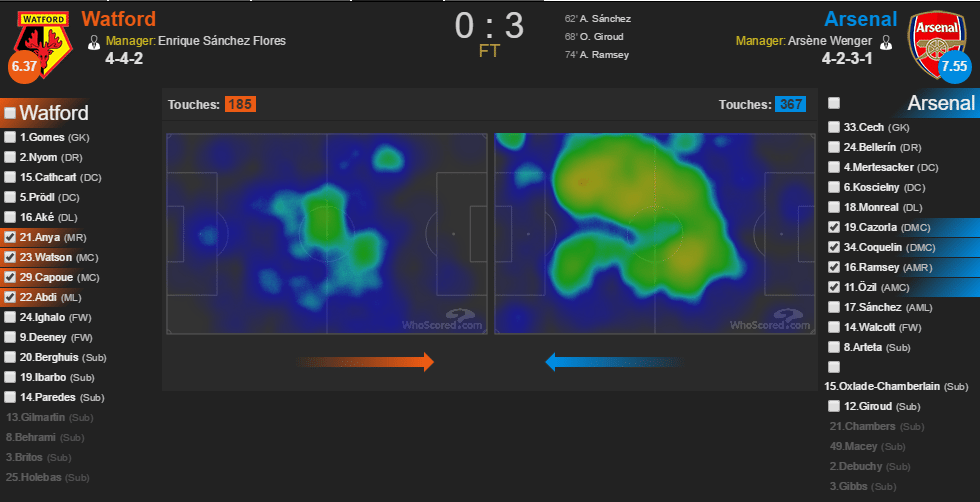 While at times Arsenal’s play on Saturday seemed pedestrian, you can clearly see from this grap[hic that they more than outworked their opposition and it’s no surprise that after an hour they started to make in-roads and were able to crack a stubborn Watford side who had more than held their own up until that point.