It didn’t pay off in Zagreb last week, but expect Arsène Wenger to rotate his squad again when Arsenal visit White Hart Lane on Wednesday.

The League Cup has often been a competition for Wenger to blood youth players, but many of Arsenal’s highly rated young stars have gone out on loan this season.

Gedion Zelalem, Dan Crowley, Chuba Akpom, Isaac Hayden, Serge Gnabry, Ainsley Maitland-Niles and Emiliano Martinez are all on spells away from London Colney, so the squad depth at Arsène Wenger’s disposal consists very much of experience, rather than youth.

As a result, a much changed XI is likely to start in the north London derby, but should still consist of household names.

In front of him, Per Mertesacker is set to return to the side after missing the last five games. Then Wenger would have to choose between Laurent Koscielny, Calum Chambers and Gabriel to partner him. Chambers is not an ideal partner for Mertesacker and, with Gabriel’s ban rescinded, there must be a temptation to use the Brazilian and give Koscielny a break.

Mathieu Debuchy and Kieran Gibbs are likely to play in the fullback positions.

In midfield, Wenger has a tough decision. Does Mesut Özil play?

Arsenal don’t have a natural replacement in his number 10 role, so the team could line up in a 4-1-4-1 shape if the German is rested. Mikel Arteta is almost certain to start, and could be joined by out of favour Mathieu Flamini. Welsh midfielder Aaron Ramsey was left behind to rest while the team travelled to Zagreb, so should be fresh enough to start.

Alex Oxlade-Chamberlain is likely to play on the right, so a place on the left will be between Joel Campbell and Alex Iwobi should Wenger opt to leave out Alexis Sánchez, who looks in desperate need of a rest.

Olivier Giroud is expected to play up front, though Theo Walcott would provide an interesting option against a Tottenham team likely to use a high line. 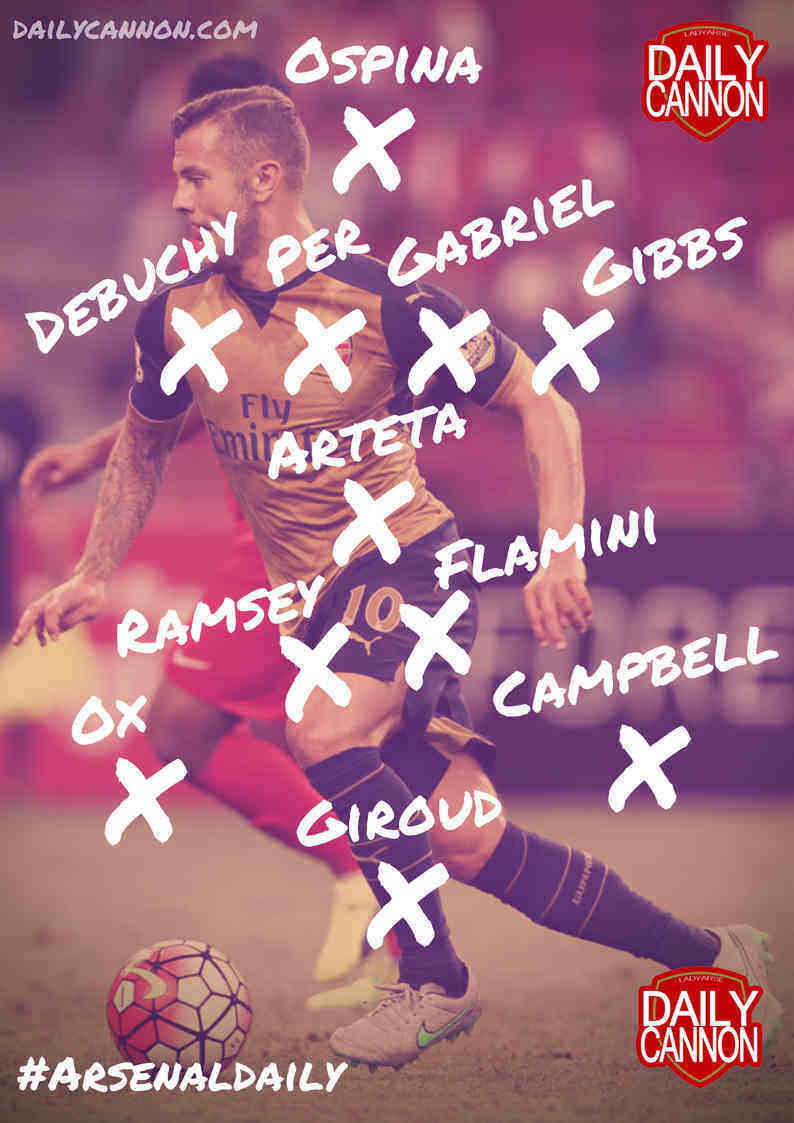