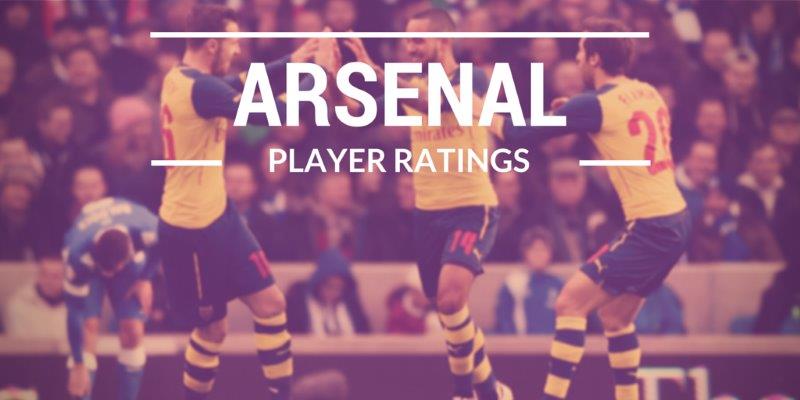 A sub par performance from the majority of the Arsenal players against Dinamo Zagreb meant we lost our first Champions League match in disappointing fashion.

Although everyone should have known our opening Champions League fixture against the Croatian team wouldn’t be a walk in the park, on paper, it was one of our most winnable matches.

However, most of our team barely showed up and Olivier Giroud getting sent off was the icing on the top of a pretty bitter cake.

Although I doubt the Colombian could have done much better for the first goal, he definitely should have for the second.

The keeper also went on a bit of a mad one once or twice, reinforcing my constant feeling of anxiety whenever he plays.

The centre-back was probably one of our least bad players, which says a lot. The Brazilian was strong in the air during the first half but also had a tendency to play practically the entire Zagreb team onside.

Like Gabriel, Kos wasn’t quite as bad as some of the players and spent quite a bit of time mopping up after Kieran Gibbs and charging down balls.

However, the Frenchman was left floundering for the second Zagreb goal and really should have done better. It’s unlike him to get caught in the air like that.

Now was Debuchy’s time to shine. After getting injured last season and losing his place in the starting 11 to 20-year-old Hector Bellerin, this was his chance to prove his worth. Instead, he went completely missing for Zagreb’s first goal and then continued to go on walk about for the remainder of the match. Really disappointing from the Frenchman.

Like Debuchy, this was a chance for Gibbo to show what he’s made of and challenge Nacho Monreal for that starting spot. However, the Englishman was caught too far up the pitch more than once, resulting in Kos having to rush back to cover him, and he couldn’t seem to find anyone with a cross even if they’d had flashing neon signs hung around their necks.

The Spaniard had great positioning in the first half but soon even he looked like he was lacking ideas.

Unfortunately, as solid as Arteta has been in recent short appearances in the Premier League, this just wasn’t his game. In addition, he put in a few risky tackles in dangerous areas, which left my heart in my throat at times.

At times, the German looked as if he was the only member of the team to actually want to drive play on. Even then, our midfielder maestro wasn’t enough.

The Chilean should have done better for the odd chance he had and he knew it.

One of the only bits of skill from anyone on the pitch came in the form of his assist for Theo’s goal as he chipped a perfectly weighed ball over the top.

Although the youngster started brightly with his characteristic bursts of energy, he really should have done better for their goal. As in, not allowing Zagreb’s full-back to have so much space and then maybe the ball wouldn’t have ended up bouncing off him and into the back of the net. Saying that, Debuchy was the player who should have been there in the first place.

Also, as much as I rate the Ox and love watching him run at defences, he needs more substance in the final third.

Whether the second yellow card should have been given is besides the point. The first was correct and after that, the Frenchman knew the referee had taken a disliking to him. All he had to do was be careful, keep a cool head and act like a professional but he couldn’t. When he acts like this, as this isn’t the first time, he puts the whole team at risk and it’s got to stop.

Reasonably solid once he came on but too little too late.

The Arsenal misfit had some good moments going forward but after he decided to go round pushing people over for fun, I thought we might be down to nine men. Hopefully as he becomes more confidence, as well as match fit, he’ll be able to use his skill to gain possession, rather than his arms.

The forward got into the right spaces and managed to score. I hate to be one of those people but perhaps he should have got the nod ahead of Giroud.