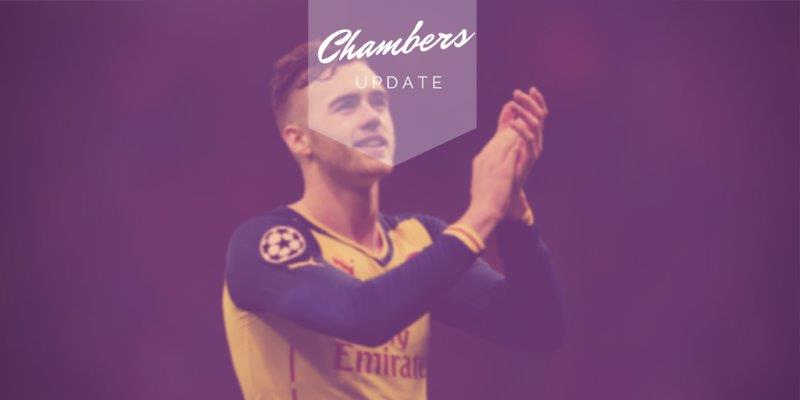 Following a tough 90 minutes against Liverpool on Monday night, Calum Chambers came through with plenty of constructive improvements to take on-board as the 20-year-old aims to become an Arsenal mainstay within the backline.

An unfamiliar sight for Arséne Wenger’s starting eleven saw no Per Mertesacker (illness) or Laurent Koscielny (back problem) involved in the matchday squad altogether. This meant that Chambers was selected in a centre-back position alongside Gabriel; with plenty of eyebrows being raised ahead of such an important fixture.

A gruelling contest to deal with the threats posed by the likes of Christian Benteke and Philippe Coutinho going forward for Brendan Rodgers’ men, but a combination of some fantastic saves from Petr Cech as well as an improved second-half performance meant the Gunners took a clean sheet under their belt in a hard-fought draw.

As quoted by the Arsenal website, Chambers himself stated that training with Cech has helped him to improve as a player.

“They were unbelievable saves at a crucial part of the game to keep us in it, that’s almost what he’s there for but they were fantastic saves and kept us in it at that point,” he said.

“It’s good to train with him – he’s always talking to me and helping me to improve my game, which is really useful. In training he’ll come up to me during the session or after the session and say ‘this was good, you could maybe do this or try this’. It’s always great to have someone who can help you.”

Despite a baptism of fire at the Emirates, Calum managed to get through it and you’d expect the youngster to only progress from now on after a tenacious learning experience alongside his Brazilian team-mate, who’s shown signs of promise recently.