Arsene Wenger believes the Barclays Asia Trophy is the ideal way to prepare for the new season because it combines serious training and serious competition.

The boss spoke ahead of the tour, which the players are now on, and said that he’ll take the tournament incredibly seriously. It’s where the players prove they’re good enough (or not) for a first team place. In addition, it allows their fitness levels to improve and sharpness to return after the break. 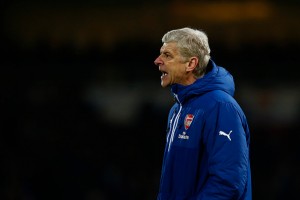 Speaking to the Arsenal site, Wenger said, “A preparation that is not serious does not give you any hope. It’s a very serious preparation and we’ll take this Barclays Asia Trophy very seriously.”

He continued, “The players compete for places in the team at this stage of the season as well, so [fans] can be absolutely reassured on that front that it is a serious competition.”

This season’s tour is a little different because the players are only staying in Singapore, whereas in previous years we’ve traveled around from country-to-country to compete against different teams.

“I feel it is closer to the start of the Premier League [this season compared to previous tours] and it is also different in the fact that we stay in one place and do not have to move,” the boss said. “That is a massive difference because before we had trips where we spent three or four nights out of seven on a plane.”

Finally he said, “When you get to your last game you are not completely in a good state to guarantee a performance and I believe it’s the best possible position for us to combine serious training and serious competition.”

Arsenal compete against Singapore Select XI on Wednesday in what will probably be a grueling match in a humid climate. The Asian team will be up for the challenge and, as a squad who is used to the thicker air, may give us a run for our money.