The list of global sports salaries for 2015 sees oil-rich PSG top the teams that pays the highest wages, forking out a massive £101,898 per week per player on average. They take the spot from Manchester City who held it in 2014 but who have now slipped to third place behind Real Madrid. 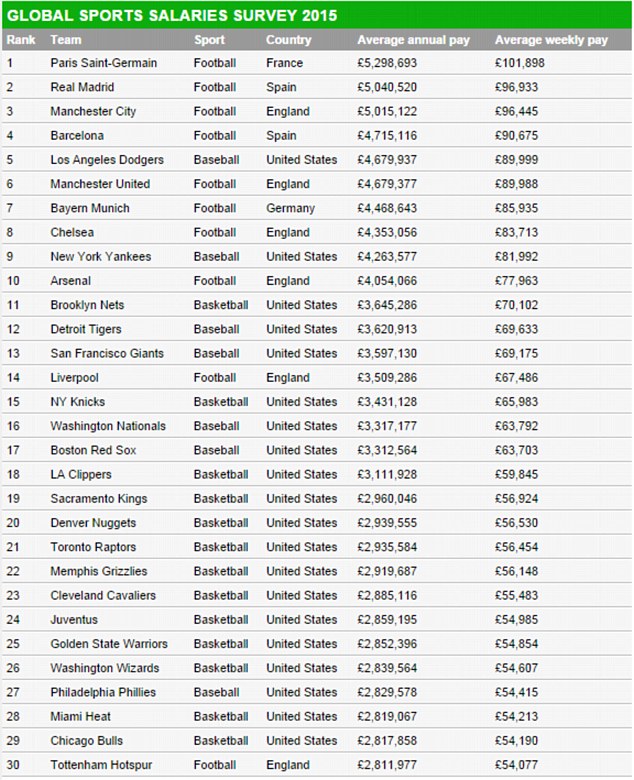