When we began our conversation with Ian Wright, his excitement at the thought of returning to Wembley Stadium for One More Game was evident.

He was so excited, in fact, that he has ruled out the prospect of ever returning to London, N5 for testimonial purposes.

His last game ever has to be at Wembley Stadium, so he’s quite lucky that it has been arranged by Vauxhall England.

But just why was it that Wembley has come to mean so much to the Arsenal legend?

Wembley is, of course, synonymous with the FA Cup final.

Apart from the Cardiff excursion which lasted seven years, every final since 1923 has been played in that famous arena. And for kids of a certain age- i.e. any kid who grew up in an era before you could watch football on every night of the week- the FA Cup Final had a certain romance to it.

It was a live game of football on the TV, for God’s sake!

Whilst he may be, or is, a legend now, growing up in the ’70’s, Wrighty was no different to any other kid.

Except that, unlike a lot of kids who grow up dreaming of scoring in the FA Cup Final- me, you, anyone who’s ever kicked a ball around their back garden but essentially gone no further than that– this boy actually did it.

Not only did he do it, but he’s actually done it more times than any other footballer in the history of the game, except for Liverpool’s Ian Rush.

This was something that Wrighty hadn’t considered until I pointed out to him that he had scored twice for Palace in 1990 and twice for Arsenal in 1993.

For the first time in the interview, he almost seemed lost for words for a second.

However, he quickly recovered to tell us, “Growing up and the FA Cup being the game in my life, it was the last game of the season, a major live game of football.

It was funny to see the look on his face as he told us this.

It was almost as if he knew he shouldn’t have been thinking such things whilst engaged in what was then the most famous game in world football, but he hadn’t been able to help himself. I can’t blame him for that, the best finisher I’ve ever seen and a naturally confident character, why wouldn’t he have been thinking about a hat-trick?

Of course he never did get his hat-trick and, in the case of the 1990 FA Cup Final, was left only to regret a missed opportunity as Manchester United closed the door on any thoughts of a cup upset in the replay.

“When I realised it properly (that Palace should have won the first game) was when I went to Arsenal, the whole mindset had to change because when you’re at Palace, yes you can lose games.

“If you win games it’s brilliant but at Arsenal you can’t really lose games..I realised that the second game was a real dead rubber because Manchester United weren’t going to give us that opportunity again.”

Thankfully for our hero, his Wembley story did have a happy ending as Arsenal went on to lift the FA Cup, at the second time of asking, in 1993.

Wrighty, despite needing injections to numb the pain in a broken toe, was able to open the scoring in both games.

The celebration of his headed goal is one of my favourite Arsenal images of all time. I’ve always thought that image just summed Wrighty up perfectly.

Of course, it’s only writing this that I realise that, just maybe, he could have been in incredible pain from his toe…

Whatever was going on in his head that moment, whilst acknowledging that the Champions League final has become ‘the’ game now, Wrighty knows that, in scoring those goal in 1990 and 1993, he left an indelible impression on the lives of football watchers across the globe,

“I remember they used to talk about it saying 800m or such and such million are watching the FA Cup today, it was fantastic to get there and score.” 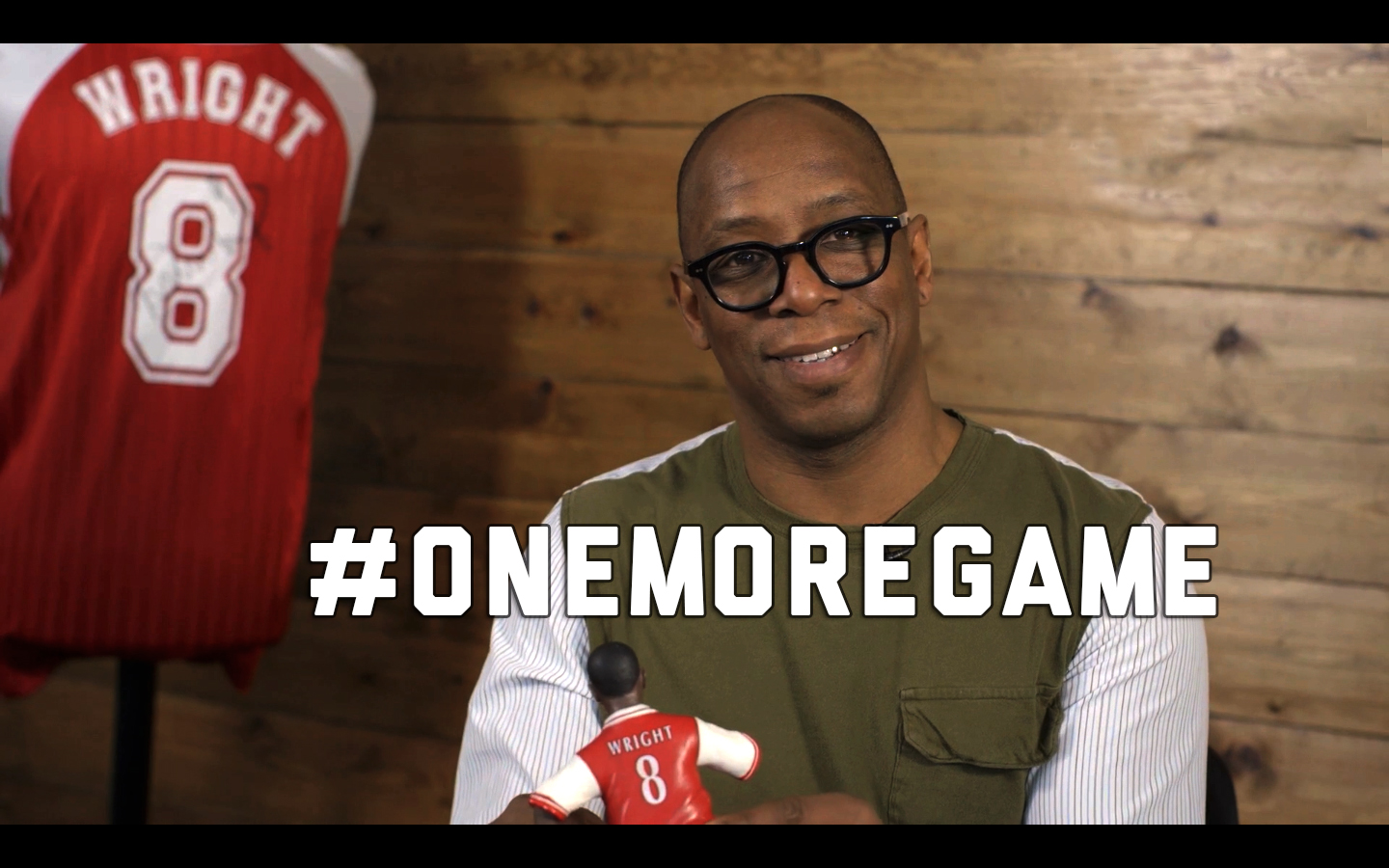 [Quotes from this interview may be used as long as full credit is given to DailyCannon.com and this article is linked]