Just before she turned up and scored the opening goal for Arsenal ladies against Bristol Academy on Wednesday night, we caught up with Carla Humphrey for an exclusive interview.

Just 18 years-old, Carla is set for huge things in the game. Here’s how the interview went:

You’ve been at Arsenal since you were just eight-years-old and recently signed your first contract. How did that feel?

It meant a lot to me and my family, we’re all life long Arsenal fans, and to sign for the club I’ve played for since I was eight was a dream come true and everything I’ve worked towards.

Given the money involved in the men’s game, especially when they sign new deals, do you ever find yourself feeling that the women should receive more from clubs and the game in general? Do any of the players every find themselves envious of the attention/money the men get?

I think you have to look at them as different games really – it’s not that helpful to compare the two.

Of course, every female player would like there to be more money involved in the women’s game, as we train every day, like the men and take it just as seriously. But things are going in the right direction, and the TV coverage now means the awareness of female football is really taking off at the minute.

Voted Player’s Player of the Year last season, does the award mean more because it comes from your peers?

Yeah definitely, to be voted for the award by players from other clubs really means a lot to me; especially as hopefully the majority of the votes were by people who don’t necessarily know me personally. I was honoured to win the award. 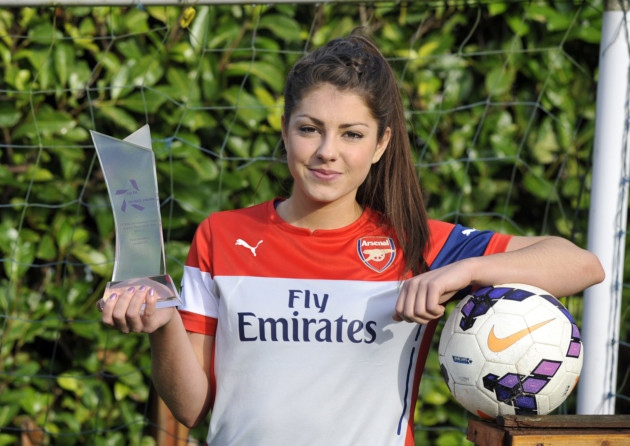 Do you enjoy playing on the wing? We have seen you play there for u17, the Development side and the seniors as well as England u19, considering you have an excellent goalscoring record would like to play either up front or as second striker? Do you think a move in position is in your future?

I do enjoy playing on either wing, and feel I’m still learning in that position. I used to play in the second striker position when I was younger and enjoyed that too. Hopefully that could be a future position for me, who knows. I’d always be happy to play anywhere especially somewhere which allows me to be creative.

You’ve been selected in all England age groups starting with the u15 back in 2010 went up to the u17 a year later and then to the u19’s two years later, do you hope to get involved with the senior side in the near future?

Of course, the senior squad has always been an aim for me ever since I was young. I still have a lot of hard work to do to be in contention for a senior team place, but hopefully if I’m playing well at Arsenal in the future, to make that step up would be great.

Is there one player you try to model your game after? If so, who and why?

I know she is my team-mate, but Kelly Smith. I watch her in training every day and she just looks so effortless but no one can get near her! I’ve always looked up to Kelly since I started at the centre, she’s world class.

How influential has been John Bayer in your career? And Vic Akers who has known you for a while?

John was very influential, he was my coach in the academy in the year we won the league and FA Youth Cup. He has lots of experience in both the male and female game and his sessions were always of the highest quality. John gave me his Director’s Player of the Season in his first year at the club, which meant a lot to me. Vic has helped me also, giving me advice on how to improve my game to make the step up to the first team, which I have tried to implement. 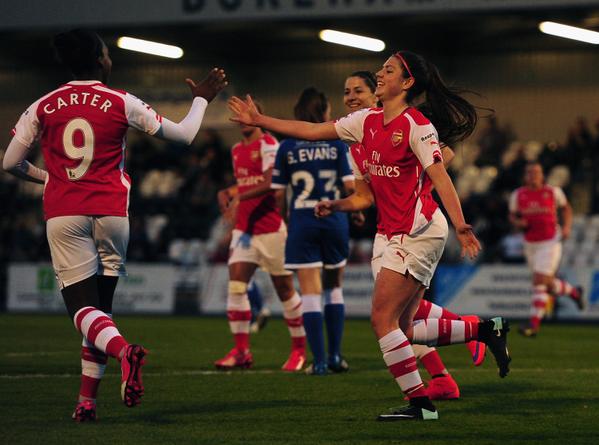 Why has Arsenal ladies academy been so successful at producing players, more so than some of the other successful women’s teams?

I think there are a few reasons. The coaches and environment at Arsenal is very professional, and the training from a young age and at every level up to and including the first team is fantastic. Also, they have a belief in bringing young players through, and speaking from experience, when you see people just a few years older than you breaking into the first team, it gives you that belief that if you keep working hard, that could be you.

What is the biggest difference you’ve noticed since the formation of WSL?

Mainly the take-off of women’s football, teams have become more and more competitive. For example, to keep up with other clubs we have a goalkeeper coach and strength and conditioning coach, which are new this season, and we are already seeing the benefits. The league gets more competitive each season, which will only help promote women’s football even more.

Do you have much contact with the players and staff from the men’s side of the club? Do you ever train together, do you feel any affinity to the player with the same number, do the women’s team ever have ‘bantz’ with the boys on who is more successful?

We have a shared photoshoot with the men’s team every year which is great, and the men’s side of the club – especially the Academy guys – are always really supportive. Having said that, they train in the morning and we train in the afternoon so we don’t have too much contact day to day. 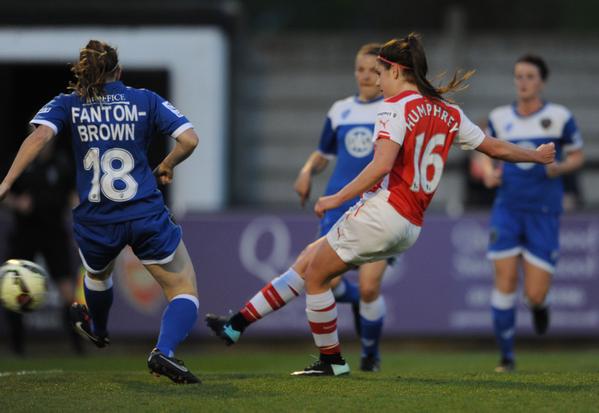 What is the average day like for you right now?

I’m at school in the mornings, come home to have lunch then straight to football training, some days we have a gym session after, then I drive home, have dinner, and try to chill if I get chance!

Do you still study as well as playing football?

Is there one thing you’d like to see happen to help increase awareness of the women’s game?

I think it’s great that the women’s game is getting TV coverage, but perhaps showing even more games would help increase the awareness.

Finally, is there one thing you know now about the game that you wish you had known a few years ago?

Probably just that when you get a “knock back” in your career, sometimes it can be a blessing in disguise. When I was younger I used to think a knock back was the end of the world, but now I’ve realised those things now just make you more determined to succeed and make you a better player.