Arsenal travel to Newcastle this weekend for another 3pm kick-off.

Knackered after their midweek exertions, we could see a handful of changes from the side that started against Monaco midweek, but who will get the nod?

Well, when trying to work out which players Arsene Wenger will rest you’re pretty much guaranteed to get it wrong.

If you asked the Arsenal fanbase they will no doubt tell you that the first thing the manager should do is put Alexis on the bench as the Chilean is more overdue a rest than anyone and his form is suffering, but will he get it?

With no midweek match to worry about and Arsenal likely to want to make a post-Champions League exit point, we may not see as much rotation as you might expect.

In addition, this match is Arsenal’s last until the 4th April due to the international break but given Wenger’s comments about players being tired, we’ve went for a number of changes knowing we’d probably be wrong either way.

So how will we lineup against the Magpies?

This is our best guess: 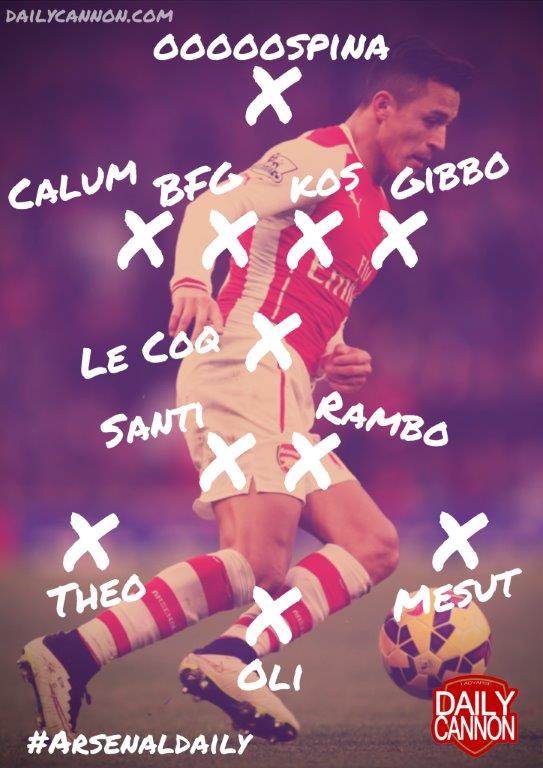