Francis Coquelin does more defensive work than any other player in the Premier League.

Yes, you read that correctly.

An Arsenal player, a defensive midfielder, is top of the heap, Coq of the walk.

Just 23 and seemingly at the end of his time with the club until luck transpired to throw him, and the club, a lifeline that would otherwise have been lost, Coquelin has made more interceptions and tackles and only Pablo Zabaleta has won more duels than any other player.

Not bad for someone who wasn’t even playing in this division when the season started. 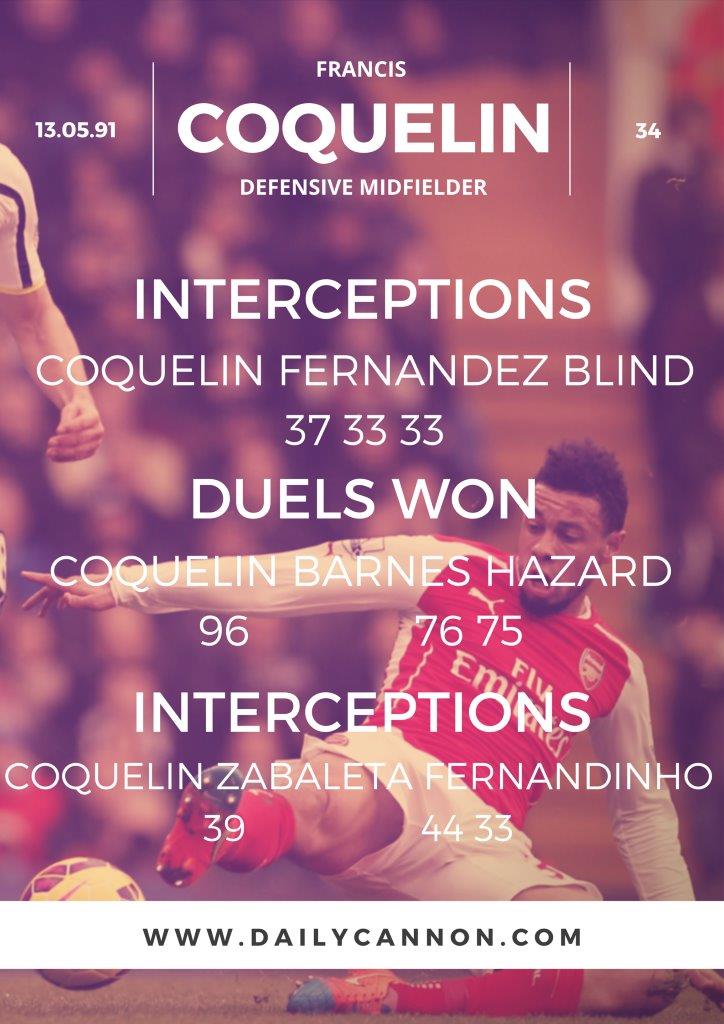 *stats taken from December 28th, the date Coquelin made his Premier League debut 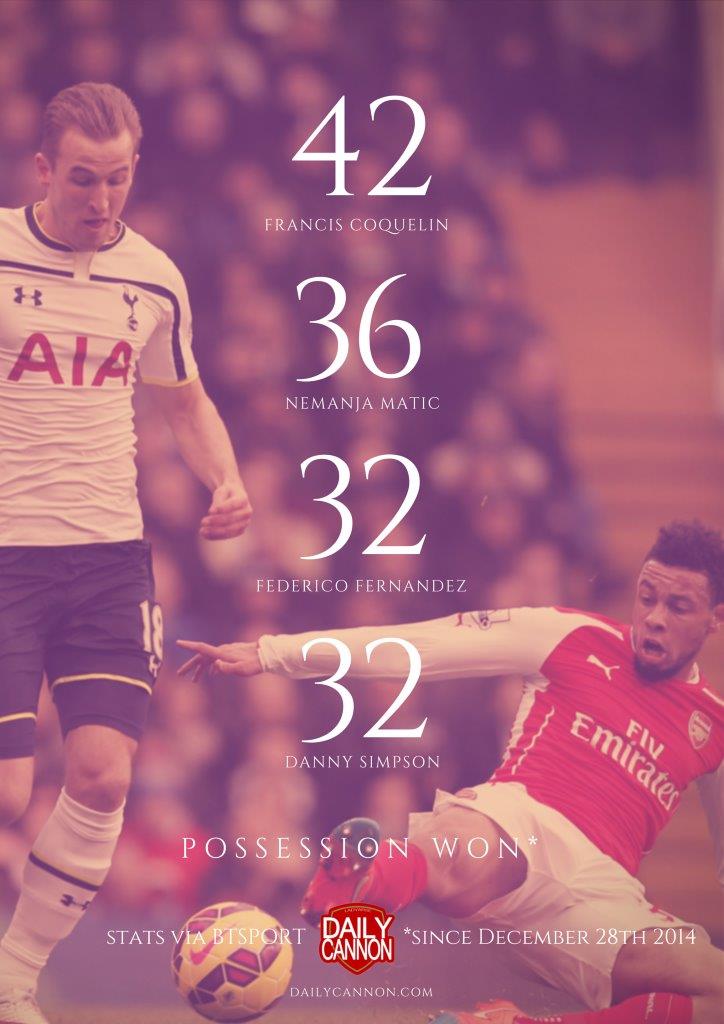