The window may be closed, but the rumours are still in full swing.

Heavily linked with a move to Arsenal last summer, reports suggest that Arsenal could be set to make a summer move for Atletico Madrid’s Croatian hitman Mario Mandzukic following a fallout with Diego Simeone. 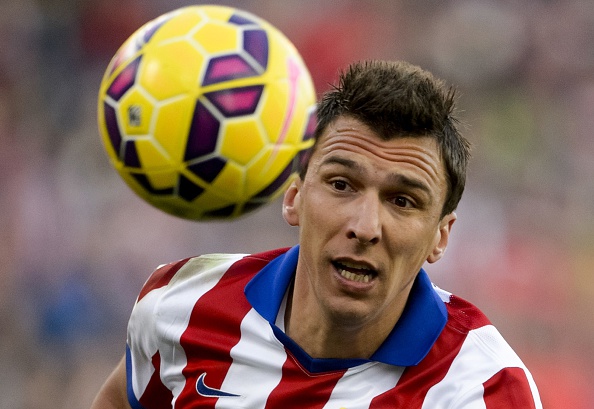 Despite scoring 12 league goals (20 in all competitions) Mandzukic has been in and out of the Atletico Madrid team recently and this has led to the Star (amongst others) to suggest that Arsenal could ‘re-ignite their interest’ in him with PSG’s Edison Cavani being lined up as a replacement by Atletico.

It’s a fairly simple story that comes more from coincidence than anything else.

But once you look further into the reports (and use a bit of common sense) you start to realise that the evidence, on display at least, raises a number of questions about the story, namely:

1. Atletico Madrid have rejected reports linking them to Cavani (thus taking out the major part of the Star’s background story).

2. Diego Simeone said this weekend how important Mario Mandzukic is to Atletico Madrid.

“He is very important for us,”

“He is a decisive player who creates a lot of dangerous situations for us in many ways.”

3. If Mandzukic has fallen out with Simeone and left Bayern because of a lack of playing time, how would he cope at Arsenal in a rotation system with Welbeck, Sanchez, Giroud and Walcott?

Then there is the question if Arsenal actually need him?

I’m not saying it won’t happen as Arsenal can surprise with transfers and there is no question about Mandzukic’s quality.

I’m just saying that based on the information available he is unlikely to be moving to Arsenal any time soon.

That said, I do think that Arsenal will bring an attacking player to the club in the summer, I’m just not sure if it will be this one.

2 loanees in training with Arsenal after recall

99%: Norwich boss on 24yo midfielder wanted by Arsenal