Arsenal versus Spurs, Spurs versus Arsenal.

For those of our particular persuasion, there’s no bigger fixture than this one.

Oh, sure the rivalry with Manchester United- at its hottest- was huge, whilst I (we all) reserve a particular disdain for the team from SW6.

But it is the games against Spurs that really get the juices flowing.

It’s the games against Spurs that we really hate to lose and truly love to win.

It’s these matches that can have you doubled over in knots as you wait for the match to start; the ecstasy of a win, the pain of defeat is magnified a million times over when Spurs are the opposition.

It strikes me that down the years, it’s been the players who have really got what this rivalry means to the fans who end up being the ones we really hold in our heart.

Ian Wright, as well as being a goalscoring superhero, ensured Arsenal immortality by describing the £5,000 fine he got for calling Spurs fans “w*nk*rs”, as the best money he ever spent. Incidentally, his late, late, late headed winner at White Hart Lane in 1993 remains to this day one of my favourite Arsenal goals of all time.

You didn’t have to be from London to get it, either.

Dennis Bergkamp really arrived as an Arsenal player the day he netted a brilliant third goal in the last minute of a rain lashed north London derby in late 1996.

As for the Three Musketeers (yes, Vieira, Henry and Pires, as if that needs explaining), well, they seemed to take particular delight in tormenting their”geographic” rivals.

Whilst Patrick Vieira would regularly reserve his rampaging best for Spurs and Pires seemed to always instinctively be exactly where the ball was dropping lose in Spurs six yard box, it’s Thierry Henry I want to focus on.

Not least, I suppose, because he will be in the Sky Studio for Saturday’s match.

It’s also because he never lost a North London Derby.

He was quite fond of demonstrating this against Spurs, too. As that eight year unbeaten run might indicate.

Thierry’s entrance into the pantheon of Spurs torturers was delayed slightly, he missed the first derby of his Arsenal career with an injury. We lost that one, but that would be the last one for some considerable time.

Thierry scored a penalty against Spurs later that season and that goal won Arsenal the match.

Thierry was off and running.

Following up with another goal in an another Arsenal win the season following, he then took a breather in our double season of 2002. It is a weird statistical quirk that the only seasons Henry didn’t score in either fixture were the ones we won league titles in. Apart from his final season, when he missed both games through injury.

When you think of his dominance of the Premier League in 2003/04 in particular, it seems weird that it was Pires who really was the scourge of Spurs that season.

Having taken that breather, Thierry made an indelible impression on derby day folklore with his wonderful waltz from one Highbury penalty area to the other.

I’ve always felt that this goal was a little overrated, actually.

It wasn’t like he had to evade several tackles on his north London stroll. But, I suppose, that’s because he was so supreme back then that they couldn’t get near him and he went box to box in less time than it takes me to get from sofa to kettle.

Having finished off this playground style run with a left footed strike from the edge of the box into the corner of the goal, Thierry took off back the way he came, apparently putting more effort into his celebration than the run which had preceded it, sliding to his knees in front of a seething Clock End.

A Clock End forever frozen in time as a sea of disbelief, disgust, hatred and, ultimately, futility.

I don’t suppose it’s any coincidence that this is the Thierry Henry moment Arsenal chose to immortalise, or that Henry himself has proudly admitted to having a framed photograph of it on his wall.

The following season, Thierry would content himself with instigating the lightning counter attack that saw Patrick Vieira put his team one nil up on the 25th April 2004.

In the season which followed, it was his-stroke-of-half-time equaliser which turned a crazy game Arsenal’s way.

That was the game Jose Mourinho derided as a tennis score, in the years when his team could be relied on not to ship four at home to Bradford.

Saving his best for last, Thierry’s final goal for Arsenal against Spurs came in our final season at Highbury.

It was one of his most important.

One nil down at home to Spurs, courtesy of a highly contentious goal (one which had we scored against Spurs you know they’d still be seething about it 100 years from now), we stood on the brink of finishing below Spurs and out of the Champions League places.

I was in the Twelve Pins for that game, it was not a happy place to be.

There were just five minutes left when Emmanuel Adebayor controlled a long ball and drifted out to the left, cutting back in towards the penalty area, he fed Henry, who was making into the penalty area from the centre.

Henry, who had only arrived as a substitute for some Dutch kid twenty minutes previously, took one touch to control and, with his next, flicked the ball past Paul Robinson and into the net.

He hadn’t even broken stride.

It was a stunning goal and as Thierry tore away beating the crest on his chest, his screams of delight were being replicated in the stadium and in the pubs across the red and white heartlands of north London.

Of course, that would be it for Spurs that season- with a final day lasagne making a convenient scapegoat for their players lack of stomach.

That lasagne, though, would have been irrelevant were it not for Thierry Henry. 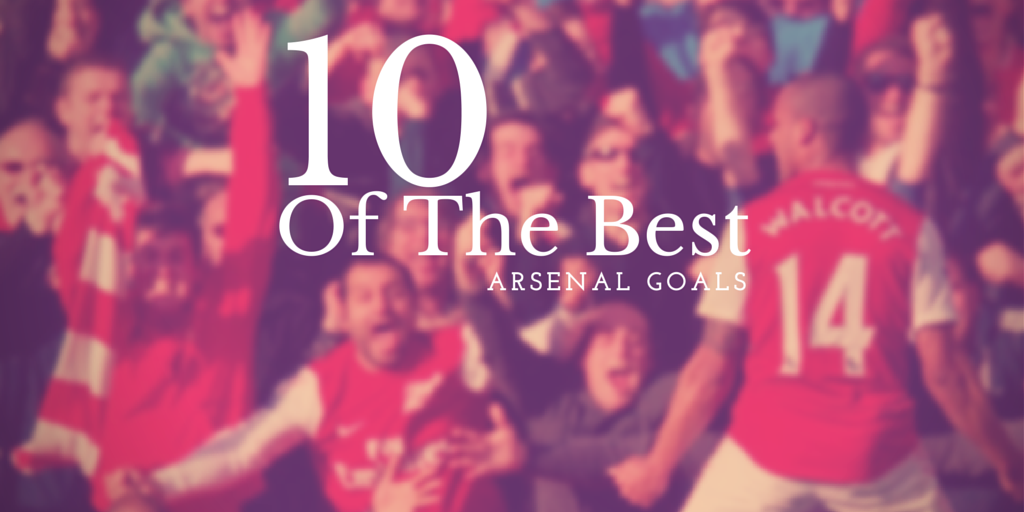