In his 20 years in charge of the club, he went from “Arsene who?” to “One of the greatest managers ever” to “Arsene Out”. He was called Le Professeur, The Boss, but Clueless as well. Basically every Gooner has their own opinion but we all have to agree that he made our club one of the biggest clubs in the world.

There have been quite a few remarkable moments in Wenger’s career at Arsenal and everyone has their own favorites. In the infographic below, I listed some of mine that I personally think show how much Wenger actually did for our club. Trophies, a stadium, even a loss, it all shows how much our club accomplished while guided by this Frenchman.

The infographic is slightly different than what we usually do here, so let me know if you like it. 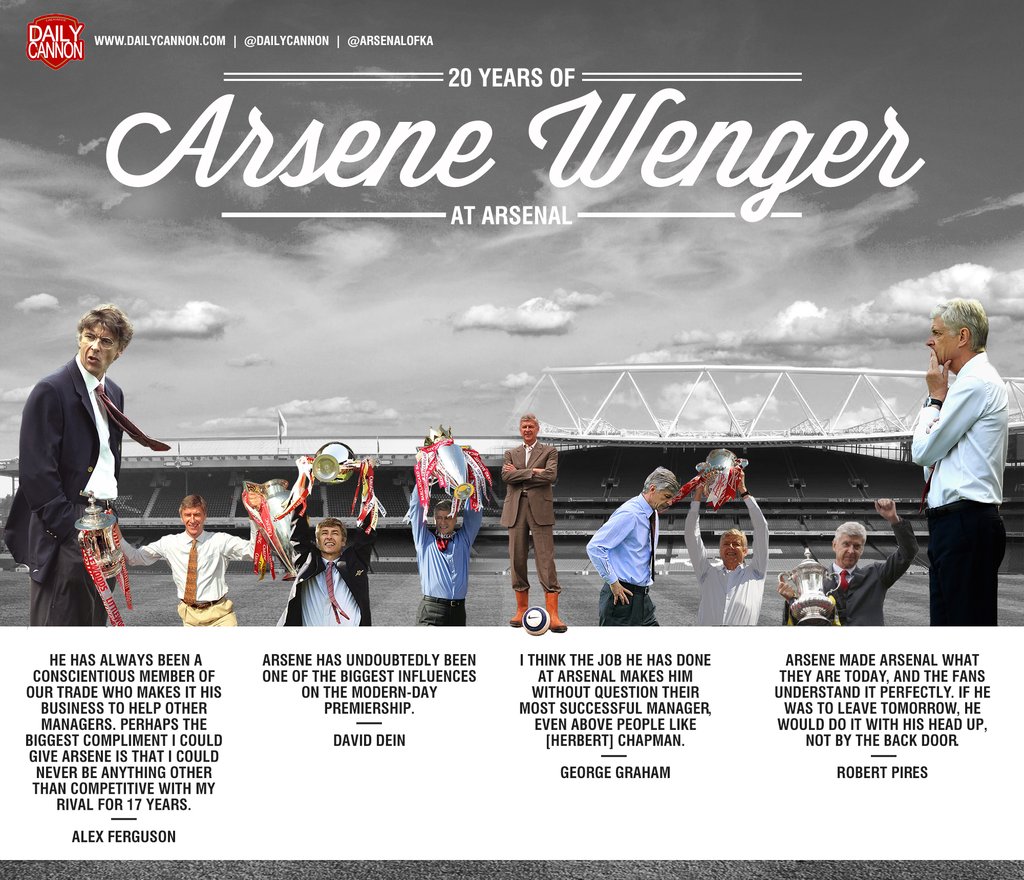