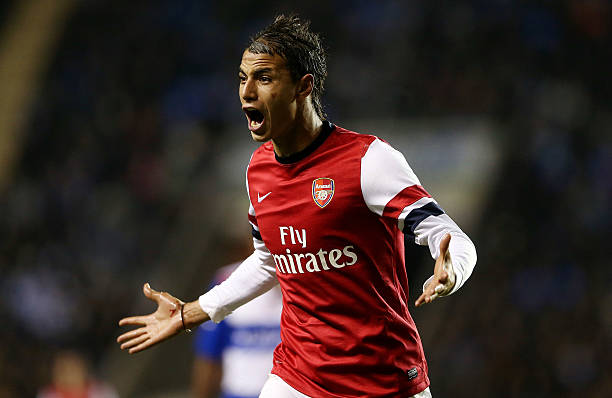 Marouane Chamakh may have arrived on a free with Park Chu Young costing a paltry £5.85m but by the end of their time at Arsenal they had cost the club a combined total of £34m for not a lot in return.

Every now and then, I was think back on the bizarre signing of Park in 2011.

Imagine my surprise, then, as I read ‘Football Hackers’ by Christoph Biermann when I discovered an entire section dedicated to Arsenal hiring someone specifically to avoid repeating mistakes like these two signings.

On the face of it, Chamakh started well.

11 goals in 22 games was a great return and he seemed to hit the ground running, taking advantage of Robin van Persie’s latest injury. Chamakh’s form, however, dropped off and most of us just put it down to him being benched for the Dutchman when he returned.

Park Chu Young was just a weird signing that still, to this day, makes no sense. Given only seven minutes of Premier League action, Wenger insisted he could perform for Arsenal when we snatched him away from Lille.

But, using data from StatDNA, Hendrik Almstadt, who was tasked by Ivan Gazidis to ‘cast a financial expert’s eye over Arsenal’s squad’s composition’ showed clearly that they would flop.

Chamakh’s goals at Arsenal, Biermann said, were nothing more than a ‘hotstreak’.

At Bordeaux, Chamakh’s xG was generally low, mostly because he insisted on trying efforts from stupid positions. Almstadt demonstrated that StatDNA would have highlighted ‘serious technical limitations’ in the forward’s game before the club committed to signing him.

He then showed that Park simply didn’t have what it takes to make it at Arsenal using more data from StatDNA, prompting Wenger to admit he would not have signed either had he had access to this data beforehand.

Arsenal then purchased StatDNA at the end of 2012.

Biermann reports in his book that, although the combined transfer fees were nominal for the pair, once you factor in wages, agents fees and sign-on fees, the two players cost Arsenal around £34m.

If you prefer to look at it another way, with 74 appearances and 15 goals between them, that’s £2.26m-per-goal and £86k-per-minute played.

StatDNA, meanwhile, are still very much part of Arsenal.

“The reasons for changing our infrastructure a bit are clear,” said Edu in 2020 when the club were getting rid of a load of scouts.

“I want to work with fewer people. I want to work a lot more with StatDNA, which we have internally here at the club. It is very important.

“I want the people I want to work with to be very close to me. I don’t want individual people working in one area or for one country. I want a group working together. Fewer people with much more responsibilities. That is my vision.”