It’s that time of the year again – new season is starting! And this time around, it’s a bit earlier than usual. To make sure you’re prepared for Arsenal’s season and you know when you’ll be extra nervous and/or mad every month, I’ve created three printables with Premier League fixtures, Europa League fixtures and cup dates. 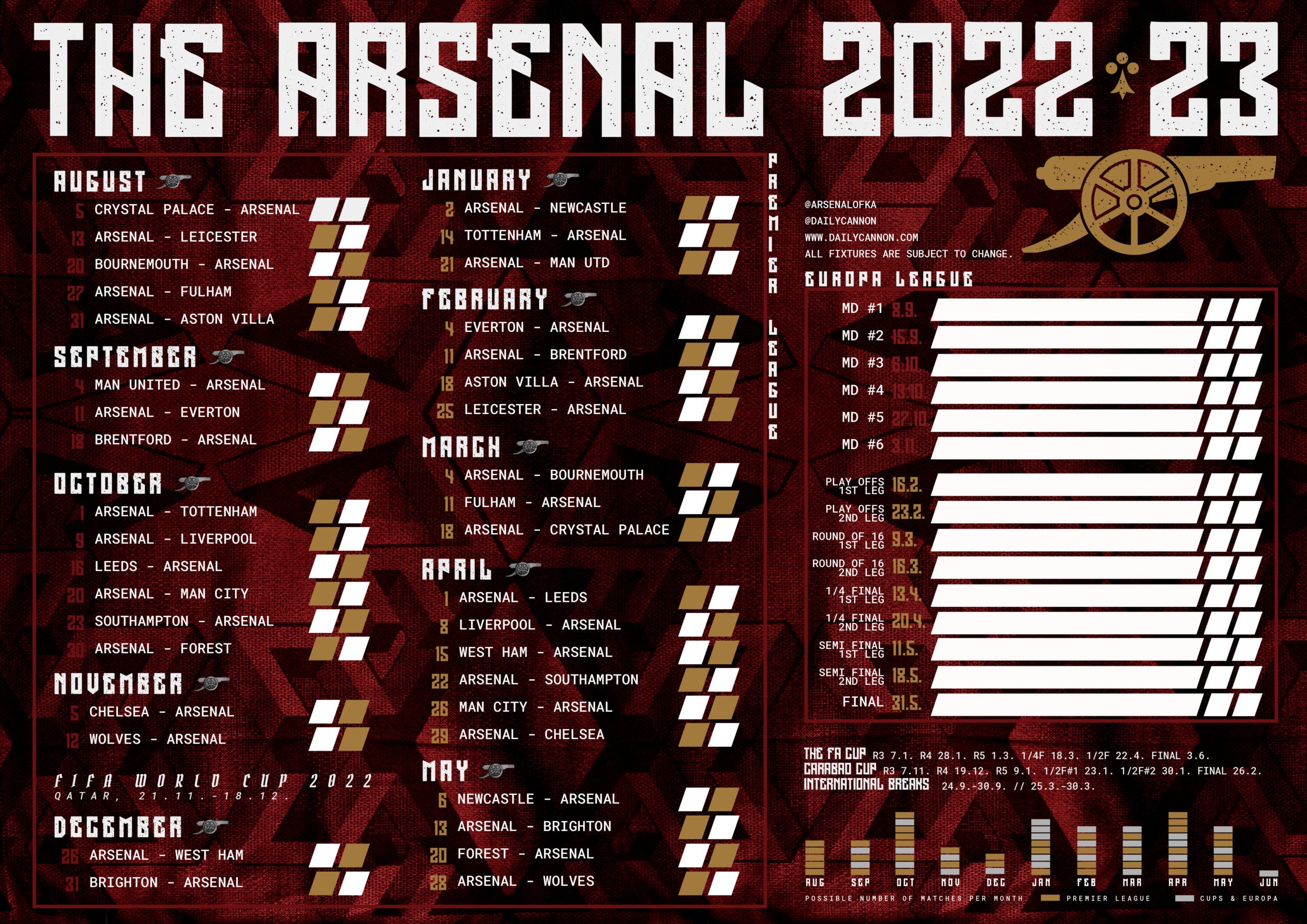 The designs are, as always, inspired by our kits for the season – which are stunning btw.

I’ve bought the black and gold one, took some photos and used the amazing AFC pattern from the shirt in two of the designs.

Third one is inspired by the pink kit, obviously!

As for the elements, I asked on Twitter earlier this summer if you guys wanted cup dates just listed or with spaces to add opponents and results – votes were for the second option.

I started designing with that in mind but, honestly, with empty spaces for FA Cup and Carabao Cup, it all looked like an Excel sheet in the end!

So, I decided to just have Europa League with spaces, and cups with just dates listed.

I’ve also added something I myself found useful during World Cup and Euros – an overview of the number of matches every month. Obviously, cup fixtures in the second half of the season might not all happen, but it’s impossible to predict.

It’s all up to the lads!

To conclude, apologies for uploading this so late in the preseason – an eight-month old baby takes most of my free time, and on top of that we had some PC issues too!

Life, eh! At least we’ll all have one more thing to get anxious about in just a few days!

I really hope everyone will find something for themselves!

As always, these are best printed on thicker A3 size paper, but should work on A4 too.

And don’t come shout at me when most of these dates are changed during season, or if Arsenal doesn’t make it far in the Europa League!