Manchester United interim manager Ralf Rangnick moaned to reporters after his side lost to Arsenal saying that VAR decisions went against them but, of course, he forgot to mention the two reds his side should have had as well.

I won’t deny it. Against United, Arsenal got the luck of some VAR calls in ways we’re just not used to.

That seems to have been noticed by a load of pundits and, of course, the United manager.

Speaking to the media after the game, Rangnick said, “For me the Arsenal third [Granit Xhaka’s thunderbolt] was clearly offside. The second of Cristiano was not offside.

“We were not very happy with the VAR decisions today. An improved display but a disappointing result.”

Leaving aside any debate around the calls he mentioned, you will notice there is no discussion of Bruno Fernandes studs-up challenge on Nuno Tavares that was about five minutes late.

That was as clear a red card as you will see and if you look at the image below the one thing you won’t see is the ball, because it’s long gone. 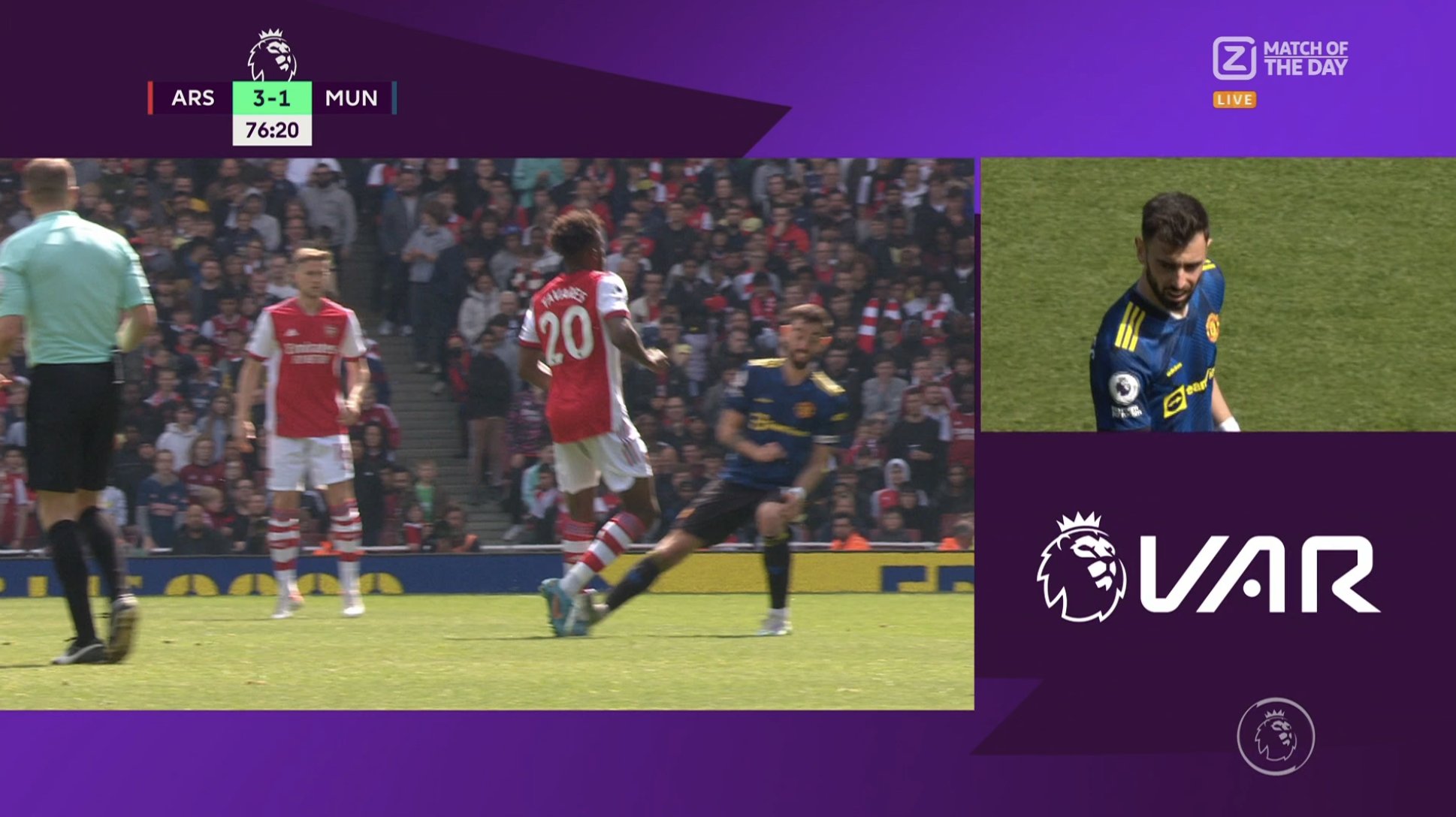 The other red, that nobody at all seems to be talking about, was for the challenge on Saka that gave away the penalty.

It was a clear goalscoring opportunity with Saka about to control the ball just a few yards from goal and no other defenders were getting anywhere near him.

The United player made no effort to play the ball, just bundling Saka over.

That, by the laws of the game, is a penalty AND a red card.

But we won’t mention those, will we?

No, we’ll just let United cry their salty tears all over the newspapers.