Arsene Wenger was coy when asked about Arsenal and Mikel Arteta given their awful start to the season but he wished them well as an ‘Arsenal fan’.

One of the things I miss most since Arsene Wenger left Arsenal is listening to him talk every week. His press conferences were things of beauty, touching with intelligence on any subject the journalists dared put in front of them.

Contrast that with Mikel Arteta, who says a lot of words, but few of them ever mean anything. It’s enough to make you want to try and claw your own brain out with a rusty spoon, just to find some meaning.

Wenger is also incredibly diplomatic, so regardless of what he actually thinks of the pig’s ear Arteta is making of the legacy he left, we will never hear him disparage his former captain. 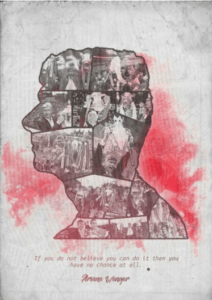 “First of all, honestly, I like to usually say what I think,” Wenger said.

“I believe in this situation, I’m an Arsenal fan. After that, of course, when I talk about Arsenal, it’s a sensitive subject and at the moment the timing is maybe not the best to talk.

“I must say I find the squad full of quality. I’m not pessimistic because I feel they had two difficult games out of the first three – Chelsea on a high at home and of course after they go to Manchester City.

“Of course, you go to Man City and you can say it’s predictable that you could drop points.

“The bad result we made was in the first game against Brentford. After that, it puts you straight away on the back foot.

“I wish them to recover and I think they will. The potential is there so I hope they come back.”