Arsenal’s youngsters lost their first group game in the EFL Trophy on Tuesday night when they went down 2-1 against Swindon. 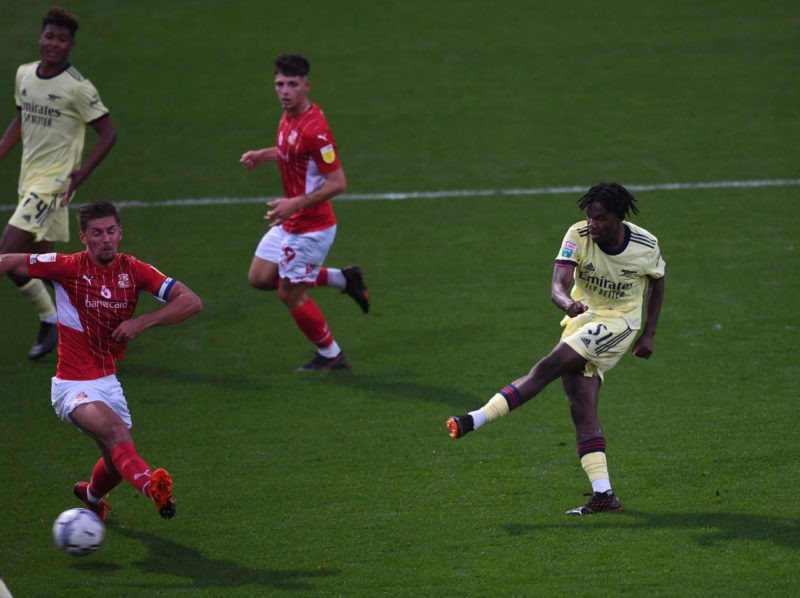 Arsenal’s u21s lost 2-1 against Swindon on Tuesday night with a Joel Idaho goal sandwiched between one from Mohammad Dabre and a Kido Taylor-Hart own goal in the 69th minute that sealed their fate.

Arsenal had fallen behind after 20 minutes when Dabre found the net but Idaho pulled the Gunner’s level with a superb strike.

The game stayed that way until the break but Swindon emerged in the second half with purpose, pressing hard against Arsenal’s defence until they finally forced an error in the 69th minute.

At the time of writing, there is no report on Arsenal.com and the Arsenal Academy twitter has two tweets about the game – the lineup and the result.

Swindon Town have a comprehensive report, however, that you can read here. Obviously, it leans towards Swindon, but it at least has information.

After the game, Swindon Assistant Coach Scott Marshall spoke about the match. “Pleased to get a win and to keep a strong set of results going in a different competition.

“We made a few changes and a few of the lads coming in got some good minutes into their legs, which is pleasing.

“It was a nice performance overall.

“That carried over to the game this evening.

“They want to play games, every footballer wants to play games and tonight was a good opportunity to do that, so a few of them have shown some nice things.

“We’re pleased with the night.

“You’re playing professional games of football so it is always good. Arsenal coming to town, it is a big club and that always attracts a little bit of attention, but it is a good competition and we want to do well in every game we play.”

The result leaves Arsenal third in their group, above Plymouth Argyle on goal difference, but beneath Swindon and Newport County who top the table after the first round of games.

Arsenal’s u21s will face Newport County (a) on 12 October with a 7pm kick-off.