Lucky Arsenal is a term we are possibly not accustomed to hearing these days. 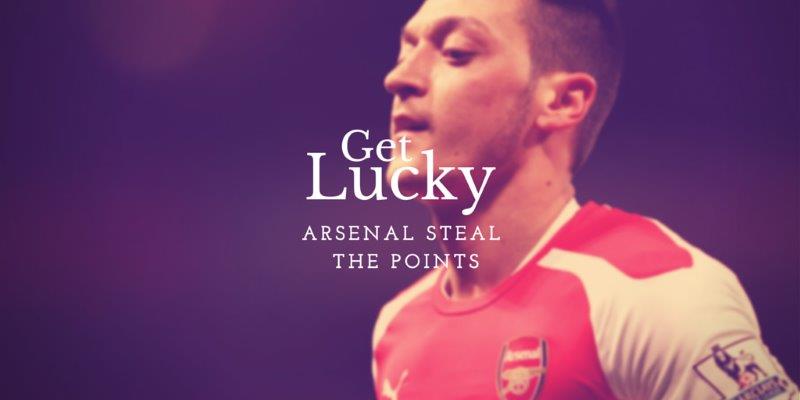 Still, if you know your history, this term has deep roots and goes back to their title-winning season of 1938 when everything seemed to go their way, and they won the league with the lowest ever total points haul of 52 points.

Here we will revisit some of their more fortunate wins and possibly stumble upon some interesting gaming facts along the way.

We have to start here. For those not young enough to remember, this was the Man City versus QPR of its generation. It doesn’t get much more spectacular than that night at Anfield in 1989 in football. Liverpool was the dominant power in the game at the time, and although they just needed to avoid a two-nil defeat to win a record 18th league title, they would have anticipated defeating a strong Arsenal side. Football, on the other hand, had other, more surprising ideas. After Alan Smith may or may not have glanced in an indirect free-kick from left-back Nigel Winterburn, the Gunners went ahead in questionable fashion.

In any case, the game stood, and with manager George Graham’s tactics based on a solid defence and one-nil breakaway football, the league crown appeared to be in jeopardy. And, sure enough, the unexpected happened with the season’s final kick. Goalkeeper John Lukic passed the ball to Lee Dixon, who gave it to Smith, who passed it to Michael Thomas. With Liverpool defenders swarming, Thomas took a lucky bounce and flicked the ball over goalie Bruce Grobbelaar for the 0-2 win that the gods had ordered.

This game stands out for the manner of the victory rather than anything else. Arsenal manager Arsene Wenger said his team was fortunate to win 1-0 against Burnley after a disputed injury-time winner moved them within two points of the Premier League leaders. Laurent Koscielny scored from a corner deep into stoppage time when the ball rebounded off his hand and over the line, leaving Burnley unhappy. Sean Dyche, the manager of Burnley, was visibly unhappy following the setback, which dropped his freshly promoted club to 14th place in the table. “The goal is handball, and it’s six seconds past the allocated two minutes of injury time. It may not appear to be much, but it was to us “Dyche stated.

This match proved that not all lucky games have to be won. Leeds’ sloppy finishing cost them a Premier League victory after Arsenal forward Nicolas Pepe was sent off for a headbutt. Leeds United’s Marcelo Bielsa’s side spurned a slew of chances both before and after Pepe was sent off for shoving Ezgjan Alioski in the face after a video assistant referee consultation. Substitute Rodrigo, Patrick Bamford, and Raphinha – who was making his Premier League debut – all hit the post.

Leeds were the first promoted Premier League team since Charlton in 2000 to score 14 goals in their first eight games. With only four of their 25 attempts on target at Elland Road, they could have used some of those goals. From the 79th minute onwards, they had three attempts on goal against the woodwork.

Leeds may have scored five on another day, but they were only rewarded with a point for their efforts. Arsenal was clinging on after Pepe’s red card, despite having only 33.7 per cent of the ball. The Ivorian, who had struggled to justify his £75 million fee, had a long-running feud with Alioski, finally losing patience with a ‘football headbutt.’ Pepe was sent off pitch for the first time in his career after Alioski flung himself to the ground.