Mikel Arteta’s second season as an Arsenal manager has been a topsy-turvy ride and this summer he faces a crucial summer. 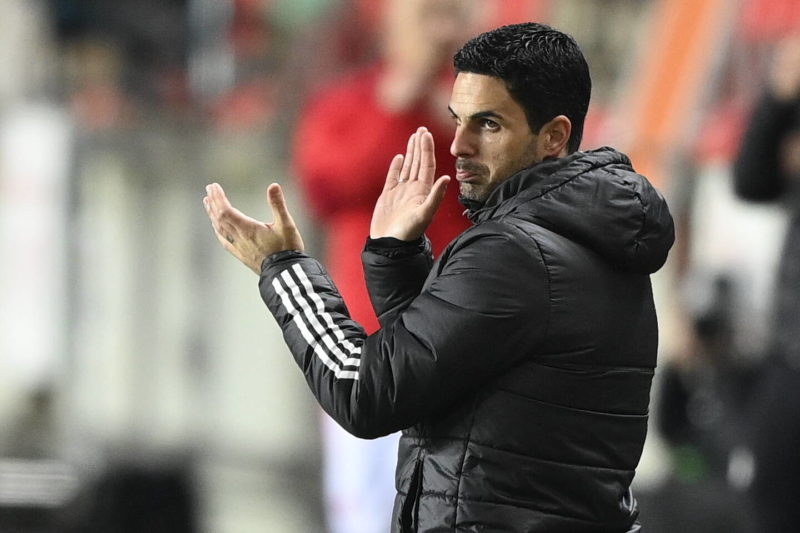 Coach of Arsenal Mikel Arteta in action during the FC European Football League quarterfinal match SK Slavia Prague vs Arsenal in Prague, Czech Republic, April 15, 2021. CTKxPhoto/OndrejxDeml CTKThe campaign started off really when they treaded into the season after winning FA Cup and then eventually, the FA Community Shield. Smacking Fulham 3-0 at Craven Cottage pretty much made everyone open their eyes. It was almost clear that Mikel Arteta isn’t here to fool around.

But then arrived the period of injuries, poor game management and of course, poor results. A rather dramatic change of paradigm was the scene in the space of sportsbetting. Karamba, for one, experienced Arsenal’s odds changing from being potentially title contenders to, at one point, relegation candidates.

That’s how this season has been. However, the rise of Emile Smith Rowe and the late arrival of Martin Ødegaard brought a lot of promise for the gunners in the later part of the season, and rightly so. The dust of poor results settled and Arsenal now seem to look like a steady (or not so shaky) ship.

So, what position are Arsenal in right now and what preparation do they need to close the gap between them and the other big six rivals? Let’s take a look.

Yes, Emile Smith Rowe has had a great season and Martin Ødegaard is settling in well too. But then, the young Norwegian is on a loan spell and as the reports suggest, Real Madrid aren’t actually considering a sale for the player.

Therefore, it’ll leave Arsenal with just Emile Smith Rowe in the creativity department, who himself is just 20 right now. Hence, buying a creative midfielder who can walk into the first team and let Emile Smith Rowe develop without pressure.

With Ødegaard unlikely to stay another season, the best thing to do would be to focus on their prime target in the position last year, Houssem Aouar. Keeping in mind how Ligue 1 clubs have gone through a major financial crunch, he could be available for a significantly low fee. It could be somewhere in the range of £30m-£40m.

While the left side of Arsenal’s attack is fairly great, thanks to Kieran Tierney, who has stepped up big time this season, the right flank is where things aren’t as good as Mikel Arteta would like.

He has tried his options fairly. Be it Cedric Soares or Hector Bellerin, but none of them have ever looked solid enough to plan a future around.

So, what players should they target?

There are two fantastic young English right-backs that Arsenal could take a look at. One of them would be Tariq Lamptey of Brighton, who is currently injured but has had a lively start to the season. He’s an explosive attacking fullback who perfectly fits the profile that Arsenal would be seeking for an ideal right-back. Another player that they could look at is Norwich City’s Max Aarons. He’s been highly rated by some of the top clubs in Europe, like FC Bayern and Manchester United, but none of them have made a serious approach yet.

Both the players could come in a fee around £30-35m. It fits well within the kind of spending Arsenal would fancy.

It’s safe to say Gabriel has been a successful signing for Arsenal. They paid a really small price for the kind of quality they got from him. Not to mention the player also has age by his side. It was his first year in the Premier League and players usually take their time to adapt. Hence, things are only going to get better from next season.

Some of Arsenal’s other most used centre-back options are Rob Holding, David Luiz and in the later half of the season, Pablo Mari. Although, Holding to some extent, did well but it seems like he’s not favoured by Arteta enough. Mari is also a left-sided ball passing defender and he also seems fairly good. But then again, none of these players offer the sense of security Arsenal would like. Hence, another centre-half who could offer competition to this group would improve Arsenal massively.

There aren’t many reliable centre-backs in football right now that are cheap and also are an upgrade on Arsenal’s current options. The only player who somewhat fits the profile would be Nikola Milenkovic of Fiorentina. He could cost around £25-30m.

Upgrades on these three positions would improve Arsenal massively. Although there are still some areas that can be addressed, these three need to be strengthened over any other area.