Former Arsenal defender Sokratis is reportedly in negotiations with Olympiacos about a return to his home country. 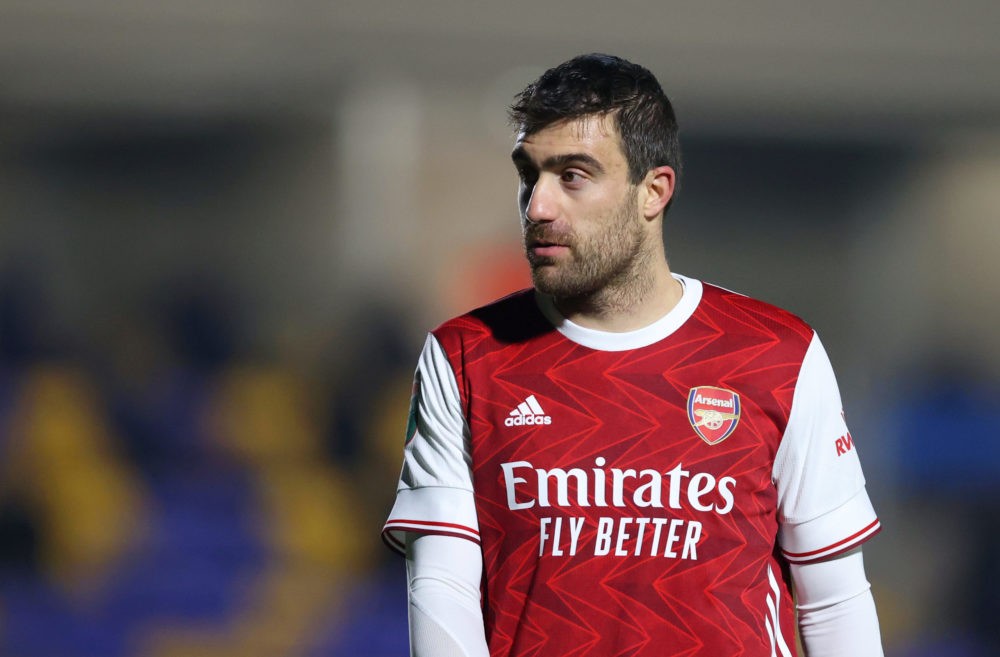 WIMBLEDON, ENGLAND: Sokratis Papastathopoulos of Arsenal FC looks on during the Papa John’s Trophy Second Round match between AFC Wimbledon and Arsenal U21 at Plough Lane on December 08, 2020. (Photo by James Chance/Getty Images)It had been reported that Lazio and Parma were just two of the clubs joining the queue to sign Sokratis after the defender’s Arsenal contract was cancelled by mutual consent. Now we have another.

Axed from Arsenal’s squad this season because we had too many foreigners, Arsenal and the Greek defender came to an agreement that saw the last six months of his Arsenal deal torn up, allowing him to move on as a free agent and Arsenal to get his £92kpw wages off the books.

Genoa and Fenerbahce have been the clubs most linked with Sokratis until now, although Mesut Ozil’s new side have ruled out a move for him after it was rumoured they’d agreed a deal.

Lazio coach, Simone Inzaghi told Rai, “As far as the transfer market is concerned, we are also talking about it. We are watching because we are short in defence. Sokratis? He is one of the profiles looked at.

“The market is not easy, those who are playing struggle to leave. We are looking for better options for us.”

Although some of the reports claim that Sokratis snubbed a move to Lazio in order to talk with Olympiacos it seems like the Italians were only going to sign the 32-year-old if they couldn’t find a better option. They believe they have done just that in Barcelona’s Jean-Clair Todibo.

As for Parma, they are considering a move for Sokratis to replace Luiz Felipe according to Sky, via TuttoMercatoWeb.