Premier League matches have been dominated by the great betting brands when it comes to sponsorship deals over the last few years. 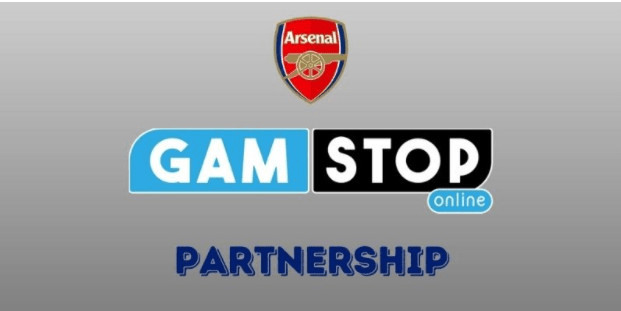 Recently, however, if you watched the football , you would have heard about GamStop or seen its logo printed somewhere. The GamStop scheme has, actually, become powerful since the regulation that obliges all licensed gambling operators to acquire this self-exclusion scheme.

Ready as it’ll ever be, GamStop has concluded a partnership agreement with several entities including English football teams. Since football and gambling are now inseparably linked, this situation has motivated this organism to partner with English football clubs.

Luton Town FC and Middlesbrough FC are among the teams that have collaborated with GamStop to promote the initiative of safe and responsible gambling. Arsenal Football Club should also join this self-exclusion scheme for a better gambling future and here are the detailed reasons why this successful club should collaborate with GamStop.

Following the Example of Other Football Clubs

GamStop is a service run by a not-for-profit organisation to help compulsive gamblers and reduce gambling-related problems. Since the creation of this solution, it has extended an alliance with the football teams in the objective to prevent gambling harms with the licensed gambling operators. That is the reason why FC Arsenal should join these football clubs to make people aware of GamStop duties and objectives.

The Gunners are one of the most successful teams estimating to have an international fanbase of about 100 million and over a million fans on its official Facebook. This future collaboration will be a great opportunity to enhance the gambling sphere within the UK. This first club from the South of England should follow the example of other football teams to get more effective results.

Gamstop was launched by a non-business entity called National Online Self-Exclusion Scheme (NOSES) in April 2018. With the goal to minimize the gambling harms within the UK, the punters who feel to develop a gambling problem should register at this programme. They are, thus, required to provide their real information and confirm their registration by mail.

Once the registration is approved, these gamblers can choose the limit of their restriction that can be for 6 months, 1 year, or 5 years. They can access gambling websites again when this period has elapsed. Several players ignore the existence of this self-exclusion option despite different sensitization projects and join CasinoGap football sportsbooks that aren’t on British self-exclusion. AFC’s cooperation with GamStop will be a hopeful solution to make gamblers aware of this scheme.

Based in Islington, London, Arsenal is the top English football club that has obtained several titles. In the Premier League, the club has won 13 league titles and two League Cups. Apart from that, the Gunners also won a record 14 FA Cups and won the European Cup Winners’ Cup. This means that AFC has been the dominant team in various matches over the decades.

Since the club has established a worldwide reputation as the best football team, its cooperation with GamStop is an opportunity to increase this self-exclusion service’s prestige. This partnership is an effective measure in this football team’s involvement to encourage prudent gambling. As Gamstop was launched to help gamblers by prohibiting themselves from the licensed gambling websites, this alliance with Arsenal will be a great occasion to increase this self-exclusion reputation.

With the easy access to internet betting, the problems associated with this activity have also evidently increased despite the strict rules enforced by the gambling watchdog. In the UK, nearly 1.4 million people are problem gamblers, an alarming situation. Helping these compulsive gamblers is crucial and aside from the various organisations released to support them, GamStop is a compulsory scheme for every gambling operator.

Hence, when the Gunners join this self-prohibition service, the goal to assist and help the addicted gamblers will be easily reached. In this future partnership, the public awareness of problem gambling will be inserted across the Arsenal FC website and social channels, and even on the club’s matchdays. Since AFC is the most successful club with millions of fans worldwide, tackling problem gambling will be reasonably straightforward.

Barcelona play a blinder as Pierre-Emerick Aubameyang signs for Chelsea