Arsenal announced the signing of Maty Ryan out of the blue on Friday so how did they end up signing a keeper who was Brighton’s first choice until recently?

Maty Ryan has signed for Arsenal on loan for the rest of the season, joining the ‘first club he ever loved’ according to his own tweet shortly after the signing was announced.

Buzzing to be beginning this new chapter and will give everything I’ve got to contribute to the first club I ever loved. pic.twitter.com/IUohEjFKVK

We all knew that Arsenal were in the market for a keeper but amongst the names that had already been linked, Neto, Freddie Woodman, the Newcastle keeper who is on loan with Swansea and is the son of the Arsenal u23 goalkeeping coach, Ryan’s name was not one that was uttered.

That’s a rare thing these days.

On the day his deal was announced, The Advertiser in Australia ran an article about Ryan at Brighton, noting his time was up after being dumped from the side after Brighton lost 3-0 to Leicester. Graham Potter, it seems, is not a fan.

Ryan is, of course, an Australian national and expected to be handed the armband so his non-playing status was alarming to his country.

“[Ryan’s situation] is a worrying thing because you need your goalkeeper to be playing all the time,” Socceroos coach Graham Arnold said. “Do we expect something to happen in January with him getting a move? Well we will just wait and see if that happens. Maty knows that he is probably not going to play in the meantime and Maty is the type of guy who wants to play.

“If he can find any other options, he will speak about it – no doubt he has his agent working on it.”

His agent, Mikkel Beck, certainly was.

Brighton had made it clear that Ryan was free to leave, dropping him from the starting lineup mid-December, then booting him from the matchday squad altogether in the last few weeks. The Advertiser reports that Brighton fans aren’t best pleased with the disrespect being shown to the former number one who cost £5.4m from Valencia in 2017 and played 123 times for the Seagulls, only missing four Premier League games in his first three seasons.

At the end of December, speaking to Australian media outlet The World Game, Ryan said: “The day before the Fulham game, the manager told me he’d be giving the other goalkeeper (Sanchez) a substantial to run to see how he goes, and would be keeping Jason Steele as his second choice as he likes the way he fulfils the role.

“He added that if I get a good offer in January I should take it, knowing that I want to be playing week-in week-out.

“It came as a shock and a surprise that he said that.

“Knowing where I stand now, from what was communicated to me, perhaps it might be better that we do go our separate ways.

“However, until that opportunity comes – and it’s a good project – then, as far as I’m concerned, I’m a Brighton player and I’m here to fight for my spot.”

Ryan obviously hasn’t come to Arsenal to replace Bernd Leno so he won’t be playing week in, week out, but he will replace Alex Runarsson, who is likely as relieved about that as all Arsenal fans are.

Ryan will, however, get the chance to play and moves from an unwanted number three role to a very much needed number two slot in an Arsenal side that is ever-evolving.

“Good luck to him,” said one Brighton fan. “A good opportunity to experience a big club even if he isn’t getting a lot of playing time there and will give them a better back up keeper. We all loved Maty but wasn’t right keeper for Potter and so have to look to progress as a team.”

Brighton head coach Graham Potter told their website, “Mat has been a great servant to the club in the Premier League, and he has played no small part for the club at this level.

“We have incredible talent and competition at this club for just one position, and understandably, as Australia’s number one, Mat wants the chance of more regular opportunities.

“Mat is a pleasure to work with, a consummate professional and someone who works incredibly hard at his game. We wish him well at Arsenal and will be watching his progress there.” 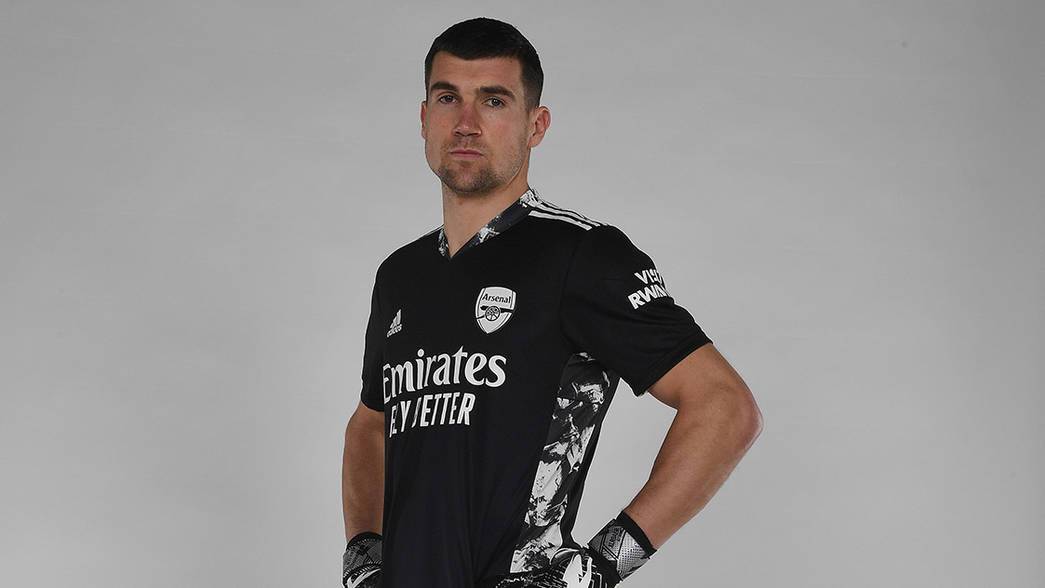 “There’s still an aura of surrealness to it all, to be honest,” Ryan told Arsenal.com. “I’m really proud, it’s great and it’s hard to sort of put into words the emotions and feeling that this is becoming a reality.

“All those mornings as a young kid in Australia, getting up to watch the Champions League games and all that at four o’clock in the morning when I had school and these types of things. The support back in the Thierry Henry and Dennis Bergkamp days, all these sorts of things, to now be here fills me with a great sense of pride and achievement.

“I’m just looking to do the best that I can for the club and represent the club in the best possible way and ultimately help the club to achieve more success.”

“I’ve never been a goalkeeper where I’ve liked to sit on the bench,” Ryan added. “I’m sure every goalkeeper says that, but I’ve come here under the circumstances where Bernd has obviously done a great job for the club in his time since he’s arrived and he’s a very top-quality goalkeeper.

“But I believe also that I’ve shown that in my career until now also and I’m looking to come in here and push him and him push me. Like I said, we’ll try to get the best out of one another and to improve as individuals.

“If we can do that, then who’s going to be getting the nod on matchday with the number of games that we have in all the competitions that we’re still alive in? It’s going to be who’s in the best form and that’s only going to help the team to perform better and to get better results hopefully.

“So I’m very eager and keen to be here and get to work and start creating some nice memories through being successful.”

Technical director Edu said: “Mat is an experienced goalkeeper, a proven talent in the Premier League and has also played many internationals for Australia. Mat will further strengthen our squad with his experience and knowledge of playing at the highest level.

“Following Matt Macey’s recent move to Hibernian, Mat will provide very good competition and positive support to all our goalkeepers and we are looking forward to him integrating quickly into the set-up here at Arsenal.”

Mikel Arteta said: “We know Mat very well through his performances with Brighton in recent seasons and he brings additional quality to our squad. Mat has very good Premier League experience and has played over 100 times in the league, which is something that will benefit us greatly on and off the pitch. We welcome Mat to Arsenal and look forward to working with him this season.”

24yo Arsenal loanee tipped to challenge for 1st team next season