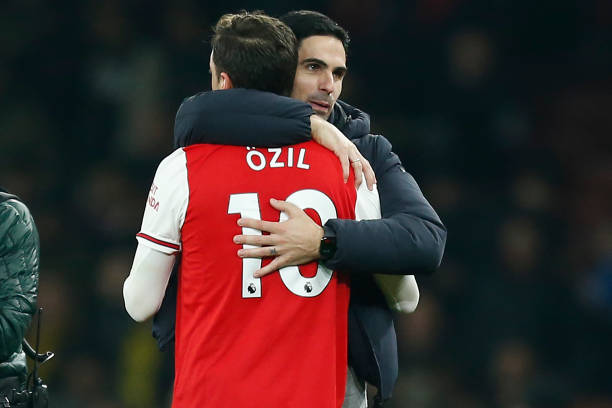 Mesut Ozil’s agent has thrown more fuel on his Arsenal fire as he publicly questions Mikel Arteta and the explanation the manager gave for the midfielder being frozen out at Arsenal. 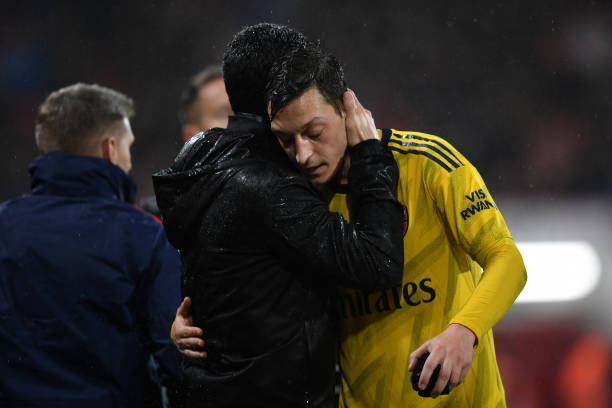 We all know Mesut Ozil isn’t wanted at Arsenal. If his omission from the matchday squad since football returned wasn’t hint enough, dropping him from the Europa League and Premier League squads got the point home.

This week, Mikel Arteta was very thorough in his explanation which said a lot but not very much. It largely hinted that Ozil was not doing enough behind the scenes, but this is something that has been contradicted by just about everybody who has worked with the German.

“Arsenal fans deserve an honest explanation, not [Arteta] saying ‘I failed Ozil.’ You didn’t fail Ozil: you failed to be fair, honest and transparent and treat someone with respect who has a contract and was loyal all the time,” Dr Erkut Sogut told ESPN in an exclusive interview.

“Every single person outside knows he hasn’t treated him fairly. He didn’t give him a chance to show himself this season. If he is still under contract, the player should have the option to stay and fight for his place.

“Mesut hasn’t been given that. Why would you put a player on the bench twice for 90 minutes if he wasn’t fit or committed?

“Everyone says he’s training well. Per Mertesacker said this publicly. I spoke with at least five teammates who say he is training great. They say Mesut is one of their best players, and they cannot understand why he is left out.

“So it can’t be the training — if it is not the pitch, what are the footballing reasons? If you talk, you should tell the truth that the Arsenal fans deserve otherwise don’t talk at all.”

Arteta picked Mesut Ozil for every game before the lockdown and not once after. The only thing that changed in between was Ozil’s refusal to take a paycut.

The German has hinted it could be because of his views on China which cost Arsenal a considerable chunk of change, but when you look at his Arsenal timeline, that doesn’t fit.

It certainly seems to be tied into Ozil’s refusal to take a paycut, something else that wasn’t quite what it was made out to be in the press.